UP election: After Jitin Prasada’s exit, can Congress rein in next round of defections?

The buzz in the Congress, social media, mainstream media and in the political circles over the next round of defection/identity of defectors has a simple answer. It depends. Rather it depends largely on the Congress high command how it deals with the internal issues and political crisis in party-ruled states of Rajasthan, Punjab, Chhattisgarh and in states such as Uttarakhand, Uttar Pradesh and Jharkhand.

The usual suspect list of Sachin Pilot, Navjyot Singh Sidhu, RPN Singh, Anand Sharma and many more from G-23 — the Congress leaders who demanded organisational changes in the party — is misleading. Equally fallacious is the premise that the past and future defectors are looking for greener pastures.

In fact, Jyotiraditya Scindia, Jitin Prasada, Bhubaneshwar Kalitha, Sanjay Sinh, Priyanka Chaturvedi and numerous others had secured posts and positions in the grand-old-party. They have a seemingly bright future too. But they switched sides because they saw little or no future of the party organisation. This story has not gotten much attention or deliberations.

Jyotiraditya Scindia and Jitin Prasada may have had easy access to the Gandhi trio — Sonia, Rahul and Priyanka. But they could not stomach the party organisation putting constant blocks in accommodating their minions or camp followers.

In and around Dhaurahra — his parliamentary constituency, Jitin Prasada constantly faced a situation of district party unit chief and other functionaries belonging to the rival, rather hostile camps.

Ditto was the story of Padrauna in eastern Uttar Pradesh, considered a turf of RPN Singh. Worse was the primacy of a staff member of Priyanka Gandhi Vadra, ideologically tilted to the Left, only merely left to the centre. 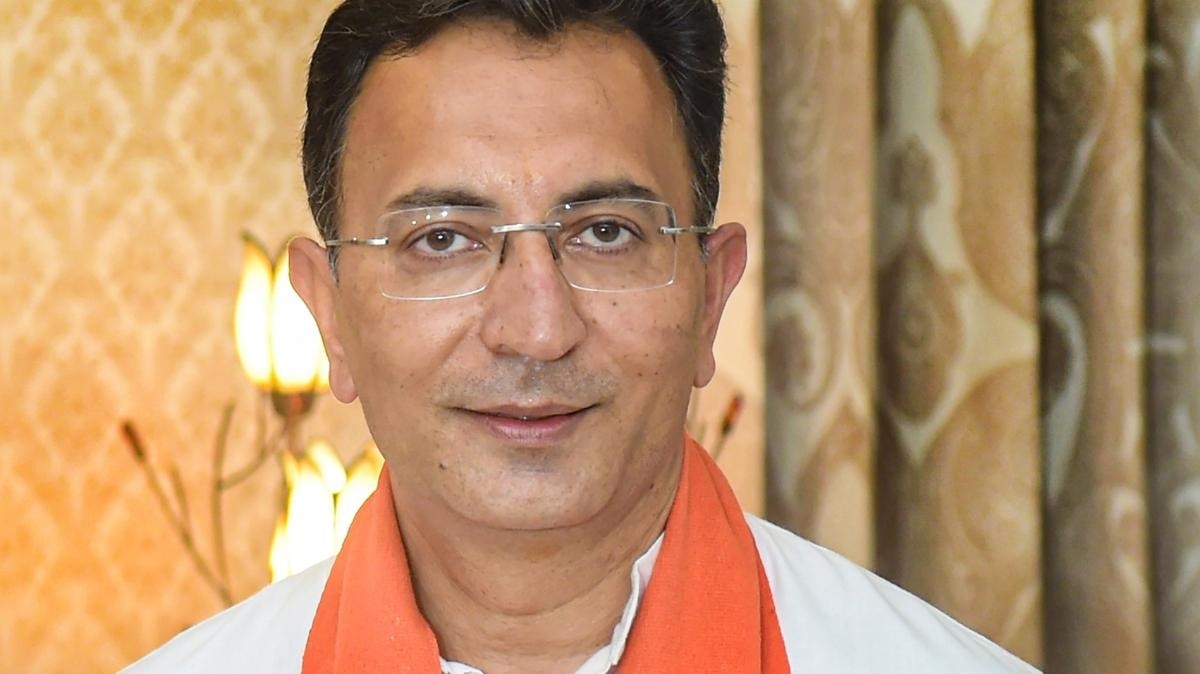 Jitin Prasada has joined the BJP, giving a shot in the arm to the saffron party ahead of the next year’s assembly election in Uttar Pradesh. (PTI Photo)

The personal aide supposedly has an instinctive dim view of many young guns, aristocrats, second or third generation dynasts. The dynasts see little wisdom in sitting on high chairs at the Congress Working Committee (CWC) or at the 24, Akbar Road when their ground-level lieutenants got the boot.

The All India Congress Committee’s (AICC) interim chief Sonia Gandhi has sensed the disquiet. A few months ago, she had picked up the phone to talk to RPN Singh’s mother Mohani Singh, widow of the former minister of state for defence in Indira Gandhi’s council of ministers, way back in 1980.

Also See: ‘If your girlfriend walks out on you’: Congress leader Sanjay Jha on Jitin Prasada’s exit

Mrs CPN Singh had reportedly remained firm and courteous throughout the conversation, insisting how as long as she was alive, RPN Singh, himself a former minister in Manmohan Singh regime, would not leave the party.

There has been a constant buzz about RPN Singh, currently, the AICC’s point man for Jharkhand where the Congress is in power as a junior partner in the Hemant Soren ministry. While RPN Singh camp rules out any possibility of leaving the Congress, the rumour mills keep working overtime because his possible defection is often clubbed with the survival of the Soren regime.

In other words, RPN Singh is seen as a person who is capable of taking some Jharkhand MLAs with him though he belongs to eastern UP where his influence has value addition for the BJP’s mission Uttar Pradesh 2022. 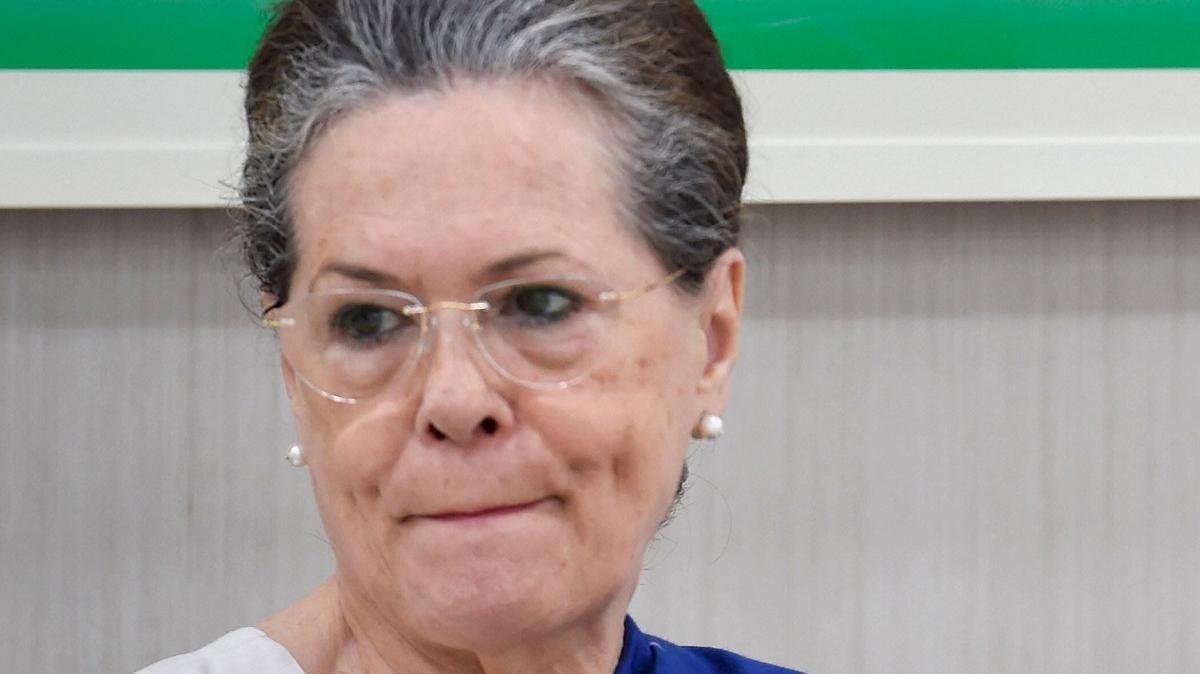 Sachin Pilot is expected to meet Sonia Gandhi, after holding a rally on June 11.

RPN Singh’s name as a dissident gained currency after a mild showdown at a virtual CWC meeting. RPN Singh was narrating the Jharkhand Assembly polls experience where the state party leadership, in collaboration with the Jharkhand Mukti Morcha (JMM) and others, followed a strategy not to attack or name Prime Minister Narendra Modi.

PM Narendra Modi and Union Home Minister Amit Shah had held 18 public meetings in their attempts to shore up the then BJP-led Raghubir Das ministry in 2019. But the ‘no Modi name calling’ template drew flak when Rahul Gandhi reportedly objected to it and made a case for him being ‘isolated’ in targeting Modi. Rahul Gandhi’s stand found backing from Priyanka Gandhi and since then, RPN Singh has been on explanation mode.

The story of the Rajasthan impasse has reached to point of no return but Sachin Pilot has remained patient. Just as Punjab, Sachin Pilot’s charter of demands envisage accommodation of his supporters [numbering 3-6] in the Ashok Gehlot ministry, political appointments in the state boards and corporations and in the Rajasthan unit of the Congress.

Chief Minister Ashok Gehlot has reportedly been backing these posts and positions with ‘outsiders’ that are ex-bureaucrats, poets, social workers etc looking for political patronage.

Once again, Sonia Gandhi is trying to do a damage limitation exercise. Sachin Pilot is expected to meet Sonia Gandhi, after holding a rally on June 11. All eyes and ears will be on him whether a disillusioned Sachin Pilot would cross the Lakshaman Rekha of the party discipline. Perhaps his pronouncements would set in motion the course of future politics in Rajasthan.

Key dissenter Ghulam Nabi Azad is set to return to the Rajya Sabha, this time from Tamil Nadu. While Sonia Gandhi is said to be rewarding Ghulam Nabi Azad for his patience, the Congress insiders claim that Azad, himself a politician among politicians, worked on his old ties with the DMK to pave the way for his induction.

In some ways, it was the DMK’s proposal that has been accepted by Sonia Gandhi but Ghulam Nabi Azad, a past master in the Congress durbar and loyalty tricks, would credit the Gandhis as his benefactors whenever a formal announcement is made.

Genome sequencing of the samples of four COVID-19 infected lions at the Arignar Anna Zoological Park at Vandalur, near here, has revealed that...
Read more
Load more