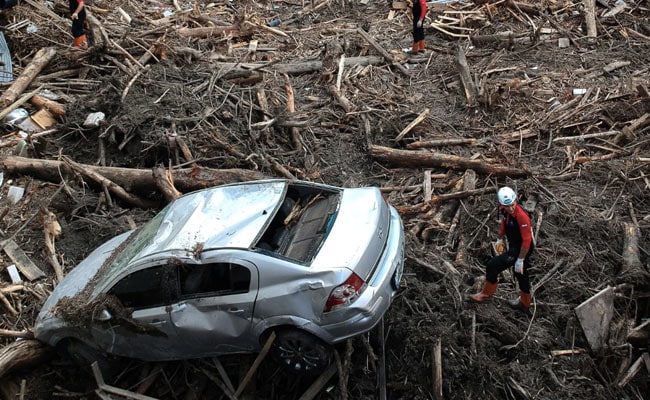 More than 40 villages still have no electricity after flash floods last week.

The death count has been climbing all weekend as rescue and recovery workers pick through debris left behind by the subsiding waters in the hardest-hit areas.

More than 40 villages still have no electricity and some areas have no running water, according to the disaster and emergencies service.

Emergency teams set up temporary cell phone receivers and transmitters to help with communications, it said.

The devastation across Turkey’s northern regions came just as the country was gaining control over hundreds of wildfires that killed eight people and destroyed swathes of forest along its scenic southern coast.

On Saturday, five Russian servicemen and three Turkish citizens died when their Russian Be-200 firefighting plane crashed in a remote mountainous zone in the south.

Scientists say natural disasters such as wildfires and floods are becoming more intense and frequent because of global warming caused by polluting emissions.