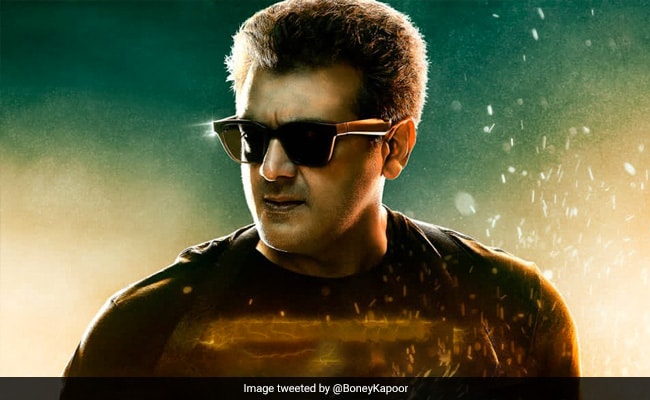 Valimai topped the list of India’s most-tweeted hashtags so far this year.

Tamil and Telugu films have not only taken the country by storm but have also cemented their popularity on social media platforms. We say this because micro-blogging platform Twitter has released its most tweeted hashtags in India for 2021, and it is Tamil actor Ajith Kumar’s film Valimai that has topped the list. The hashtag #valimai was the most tweeted one between January 1, 2021, and June 30, 2021. Sharing the list on the occasion of Hashtag Day, Twitter India’s official page said, “It’s #HashtagDay so you know what that means! Here’s the list of the most tweeted hashtags in India in the first half of 2021.”

Valimai is an upcoming action thriller film that also stars Huma Qureshi, Pearle Maaney, and Kartikeya Gummakonda. It is directed and written by H. Vinoth and produced by Zee Studios and Boney Kapoor under Bayview Projects LLP.

The wait is over! #ValimaiMotionPoster#Valimai#ThalaAjith#Hvinothpic.twitter.com/Qvi8KsgSTo

The film was not the only South Indian movie to make it to the list. Close on heels of #valimai, in the second position, is actor Vijay’s film Master. This was followed by the title of Mahesh Babu’s Telugu film Sarkaru Vaari Paata.

That’s not all. Actor Ajith Kumar proved that he was a Twitter darling as #ajithkumar was the fourth most popular hashtag. This was followed by yet another Vijay-related hashtag, #thalapathy65, which was the tentative title of the actor’s 65th film before it was confirmed to be Beast.

It’s #HashtagDay so you know what that means! Here’s the list of the most Tweeted hashtags in India in the first half of 2021 ???? pic.twitter.com/xuKApkk5cy

Reacting to the development, fans of the Tamil superstar expressed their elation on the social media platform. Users were quick to point out that Valimai‘s top slot was a remarkable achievement given that Ajith Kumar was not on social media himself.

FIRST time in twitter south indian history an actor name tag is on top hastag list .. ( Thala is not in social media’s ) this is what the people says cult fanbase is .. ????????????#Valimai#Ajithkumarpic.twitter.com/vajVsTjATK

“He is ruling social media,” said another user.

Without any official social media account he is ruling the online platforms and gives nightmare to haters ????

Not in social media but still ruling ???? pic.twitter.com/ttTmRos613

Fans of the other actors who had featured on the list by virtue of their movies were keen to oust Valimai from the top slot in the year-end list. Fans of actor Vijay were quick to point out that two of his films had made it to the list.

This is not the first time south Indian films have made their mark on Twitter lists. In 2020, actor Vijay’s selfie with fans was the most-retweeted tweet.

Master, Vakeel Saab, and Valimai, which feature in this year’s list, were also the most-tweeted-about films in 2020.

<!-- -->Mumbai: As India clocked over 2.50 crore vaccine doses on Friday, Maharashtra had a moment to celebrate of its own. The state...
Read more