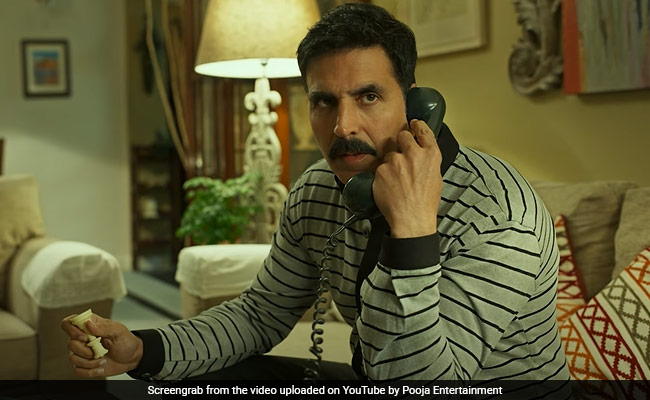 The much awaited trailer of Bell Bottom is here and trust us when we say this, it will blow your mind indeed. Actor Akshay Kumar plays the titular character – an undercover RAW agent – whose codename is Bell Bottom. Needless to say that Akshay Kumar rules the screen throughout the length of the trailer. There’s not a single dull moment in the Bell Bottom trailer, which begins with glimpses of an Indian passenger aircraft being hijacked. Bell Bottom, based on a true story, is a nail-biting spy thriller, in which Akshay Kumar is assigned the mission of rescuing 210 hostages from a hijacked Indian plane.

Akshay Kumar AKA Bell Bottom is described in these words in the trailer: “Married, sharp memory, first level state player, cleared UPSC, singing teacher, well versed in Hindi, English, German and French.” The trailer shows him confidently identifying the hijackers and devising a plan to rescue the hostages – all he needs is an approval for a “covert mission”. “Game on,” he told his senior on phone and took off on the mission to enter the hijacked plane in stealth mode. What happened next is best described in these words in the trailer: “When failure was not a choice, it took one man to change the course of destiny.”

The trailer features Lara Dutta in an unrecognizable avatar as what appears to be former Prime Minister Indira Gandhi while Vaani Kapoor has been cast as Akshay Kumar’s wife. Actors Huma Qureshi, Adil Hussain and Aniruddh Dave also make appearances in the trailer.

“Bringing back the magic of the big screen with Bell Bottom,” wrote Akshay Kumar while sharing the trailer on Twitter while Lara Dutta added: “A glimpse of all the high-octane action and drama you’ll witness on the big screen!” Huma Qureshi introduced the Bell Bottom trailer in these words: “Meet Mr. Bell Bottom, bringing the swag and style of the ’80s back to the big screen!”

Directed by Ranjit M Tewari, Bell Bottom will release in cinemas on August 19.