Alert Maharashtra Cop Saves Woman From Being Run Over By Train 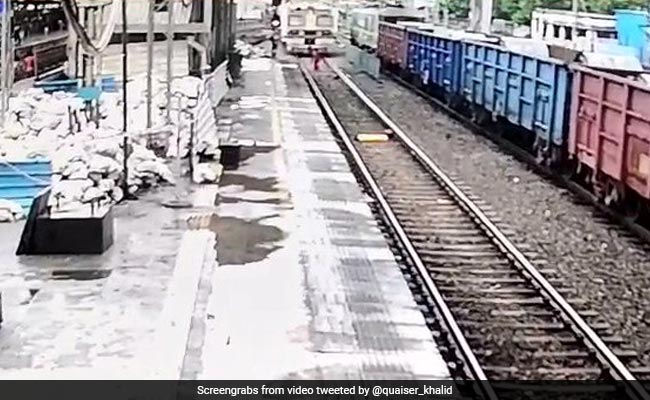 A mentally disturbed woman standing in the middle of a railway track while a local train was fast approaching was saved by an alert policeman at Vasai Road station in Maharashtra, an official said on Sunday.

A video of the incident, which took place around 10 am on Saturday, went viral on social media platforms.

The Dahanu-Andheri local train was approaching the Vasai Road railway station when police naik Eknath Naik, who was on patrolling duty on platform no. 5, saw the woman standing in the middle of the tracks. Some policemen on a rail over-bridge nearby also alerted Mr Naik, a police spokesperson said.

Mr Naik immediately signalled the motorman to stop the train. He then ran towards the spot and pulled the woman up on the platform in the nick of time, while the train came to a halt just close to her, the official said.

When enquired, the woman identified herself as Subadra Shinde, who lived alone in Vasai area of Palghar, the police spokesperson said, adding that “she was mentally disturbed”.

The policeman later told reporters he felt happy that he could save the woman’s life, and thanked his colleagues and the RPF personnel for their support.