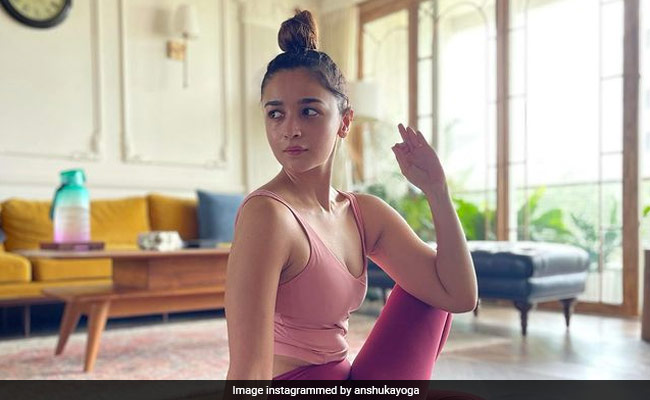 Hello there, Alia Bhatt! The 28-year-old actress is setting major yoga goals, one photo at a time. On Saturday, Alia shared just a glimpse of her yoga routine on her Instagram stories and all we can say is she’s giving major fitness inspiraton. Alia Bhatt’s photo has also been shared by Yoga and Wellness studio Anshuka Yoga, with the caption: “Twist and glow.” Wearing in pink athleisure, Alia Bhatt can be seen practicing yoga in her favourite work out space – her brightly lit living room with the morning light streaming through the floor length glass windows. In her Instagram story, she captioned the photo as “sunshine and yoga.” 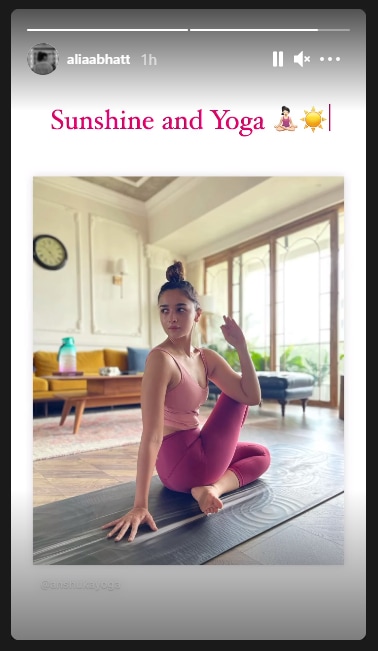 Alia Bhatt can be seen doing the Matsyendrasana yoga pose in the photo. Here’s the secret behind’s Alia Bhatt’s glow:

Last month, Alia Bhatt shared a snippet of her 40-day fitness challenge. As she reached the half-way mark, Alia checked into Instagram with a mirror selfie.

Alia Bhatt’s Instagram is filled with glimpses of her yoga routines. Sometimes, she is briefly joined by her buddy – pet cat Edward – in her yoga videos.