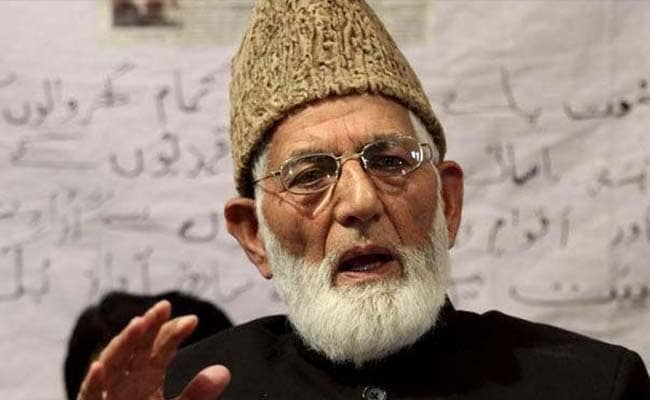 The BJP says a ban on Hurriyat Conference in Kashmir is long overdue amid reports that the centre is considering a ban on the separatist amalgam and declare it an unlawful organisation.

The Hurriyat Conference factions are literally defunct and leaderless after the government ended Jammu and Kashmir’s special status in 2019.

The hardliner faction, which was headed by Syed Ali Shah Geelani, is leaderless and its constituents have disappeared. Geelani, 92, quit Hurriyat in June last year. His successor, Mohammad Ashraf Sehrai, who was in jail, died in custody this May.

On Monday, a domestic help at Syed Ali Shah Geelani’s home-cum-office removed the signboard of Tehreek-e-Hurriyat, the extremist Hurriyat Conference faction led by Geelani. For the last thirty years, this was the Hurriyat epicentre at Srinagar’s Hyderpora neighbourhood.

Reports that the Hurriyat may be banned comes after a recent police probe that alleged its leaders were selling MBBS seats in Pakistan to students in Kashmir. The police said they have investigated 80 such admissions and found some separatist leaders taking money from students in exchange of admissions in Pakistan.

“Students were being sent to Pakistan for courses through Hurriyat and money-raising was routed to fund terrorism. During the investigation, 80 cases have been found,” said Jammu and Kashmir police chief Dilbag Singh.

The Hurriyat’s moderate faction, headed by Mirwaiz Umar Farooq, has denied the charge and called it propaganda. But, in a statement, the group admitted that Farooq, in house detention for two years, had been giving recommendation letters to students for admissions in various countries.

“Mirwaiz had all along been giving recommendation letters to students for their benefit. It’s a propaganda that leaders were selling admissions for money. The allegations are completely unfounded,” said a statement by him.