Anil Kapoor Shares His “Handsome Kapoor Boy” Tag With Someone. Guess Who? 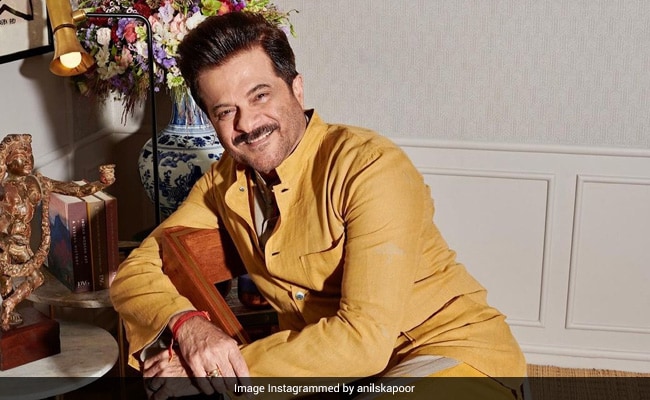 Hello there, we have the “two handsome Kapoor boys” in the house. Any guesses? Hint: one of them is the forever young Anil Kapoor. Don’t rush picking the second one as it’s neither  Harshvardhan Kapoor nor Jahaan Kapoor. Then, who? Well, the actor has decided to share his throne with the little pooch – Russell Crowe Kapoor. In an Instagram post, Anil Kapoor shared photos of himself and Russell sitting on his lap. His caption reads, “Two handsome Kapoor boys.” Anil Kapoor’s son-in-law Karan Boolani dropped a dog and red heart emoji in the comments section. Actor and screenwriter Raj Singh Chaudhary also commented on the post, “Dapper and dashing as always, sir.” Celebrity hairstylist Aalim Hakim said, “Wow” and added fire emojis to his comment.

Here are the pictures of the “handsome Kapoor boys”:

Most of you must be wondering what is the secret behind Anil Kapoor’s fitness? Well, we have something for you. The actor takes care of himself through strenuous exercise and a good health regime. Only last month, Anil Kapoor hit the sprinting tracks and stood in support of the Indian team at the Tokyo Olympics. The actor blew our minds with this sprinting video. Director Farah Khan praised his efforts with a tinge of humour, when she commented, “Papaji, you should go to Tokyo.”

Check out the inspirational video:

Anil Kapoor is not just a “handsome Kapoor boy”. He has named himself with quirky terms earlier too. In one post, he poses on a street-side in a black jacket and brown trousers and calls himself the “Bombay boy since 1956.” The age is true but hard to believe, given his looks.

What does Anil Kapoor say about getting older? Does he believe in fading of youthful charm? Not at all. He dashes down the streets in his denim attire in all glory. He shared a recent photo and a throwback photo from 1980 and wrote, “As you get older, the only thing that you should let fade are your denims.” True that.

Anil Kapoor was last seen in the movie AK vs AK alongside filmmaker Anurag Kashyap. He will feature in Jugg Jugg Jeeyo co-starring Neetu Kapoor, Varun Dhawan and Kiara Advani.