As China Back Taliban, Its Firms Line Up To Exploit Rich Afghan Resources 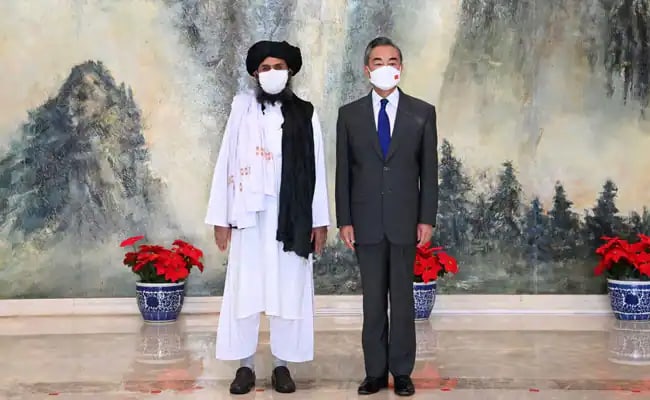 Representatives of several Chinese companies have arrived in Afghanistan on special visas and are conducting on-site inspections of potential lithium projects, while others have made contacts about such projects, Yu Minghui, director of the committee, which has been helping Chinese companies explore business opportunities in Afghanistan, told China’s state-run Global Times.

China, which is coordinating its Afghanistan policy closely with Pakistan after the Taliban took over power in August, has kept its embassy open along with that of Pakistan and Russia and has stepped up campaign for its global recognition of the interim government headed by the Afghan terror group though it is yet to recognise the regime.

For its part, China has also been pressuring the Taliban regime to rein in Uygurs of the East Turkistan Islamic Movement, (ETIM) active in the volatile Xinjiang province.

Beijing has also announced USD 31 million aid for Afghanistan and sent 1,000 tonnes of food and materials to the country last week.

China, which shares narrow borders with Afghanistan, has been eyeing the extension of its USD 60 billion so-called ‘China Pakistan Economic Corridor’ to Afghanistan besides exploiting the mineral-rich mines of the country.

The Taliban has already said that China has a big role to play in Afghanistan in the reconstruction of the war-ravaged country.

“China is a big country with a huge economy and capacity. They can play a big role in rebuilding, reconstruction of Afghanistan,” Taliban spokesman Suhail Shaheen told the official media in Beijing earlier.

Interest in Afghanistan’s mining sector is also growing among Chinese firms, including projects involving copper and lithium, given the massive deposits estimated to be worth as much as USD one trillion, the Global Times report said.

Apart from the five Chinese companies whose representatives are currently in Afghanistan, at least 20 Chinese state-owned and private companies have also made inquiries about lithium projects, Gao Susu, a staffer at the China Arab Economic and Trade Promotion Committee said.

However, despite the growing interest and on-site inspections, major hurdles and risks remain for any potential project and many companies will likely adopt a wait-and-see attitude until conditions improve, the report said.

Zhou Shijian, a former vice president of the China Chamber of Commerce of Metals, Minerals & Chemicals Importers and Exporters, said that he supports Chinese companies to explore potential projects in Afghanistan, but “first and foremost” is that the Taliban government must ensure the safety of personnel and projects.

“The problem is to ensure safety. If safety is not guaranteed, the gain will not be worth the loss,” Zhou told the daily. “What I mean is that we need to further observe the situation in the country before deciding whether the company will go in,” he said.

Bodies Rotting Since 2020, A Shock For 2 Families Who Lost Own To Covid

<!-- -->An Indian-origin Singaporean on Monday was sentenced to 18 months in jail after he pleaded guilty to one count of criminal intimidation...
Read more