Baby Elephant Dies After Falling Into Drain In Chhattisgarh’s Surajpur 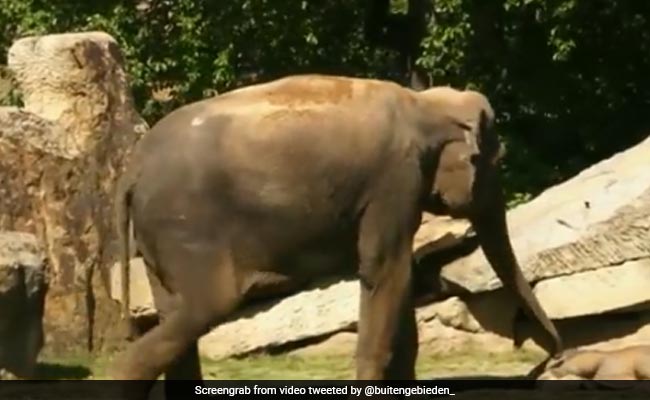 A 3-year-old elephant died on Tuesday after it fell into a drain while trying to cross it in Chhattisgarh’s Surajpur district, an official said.

The incident took place at around 7:30 am when a herd of 24 elephants was crossing Madai Jhorikha nullah near Jaaj village under Kudargarh forest range, some 350 kilometres from state capital Raipur, the official said.

“As per preliminary information, the baby elephant fell into the nullah and could not come out of it and died. A team under Divisional Forest Officer (Surajpur division) BS Bhagat rushed to the place and the carcass was taken out,” he said.

“A post mortem revealed there was an infection in the elephant’s stomach, possibly due to which he was unable to get up after falling in the nullah while crossing it. The animal’s viscera samples will be sent to Indian Veterinary Research Institute, Bareilly in Uttar Pradesh for further examination,” Mr Bhagat said.

Last month, two elephant calves had died due to Herpes virus infection at a rescue centre in Surajpur district, forest officials had said.

<!-- -->The remains are thought to be of a man aged 18-22 at the time of his death.Lima, Peru: Archeologists in Peru working...
Read more
Latest Stories

<!-- -->Till now, no suspicious angle has been found, the police said. (Representational image)New Delhi: Two brothers died due after they came in...
Read more
Latest Stories

<!-- -->In return, the newly renovated space will bear their names, the museum said.New York, United States: A Chinese-American couple has donated a...
Read more

IPL Retention: Full List Of Big Names Released By All Franchises Ahead Of IPL Mega Auction

A total of 27 cricketers, including eight overseas and four uncapped players, were retained by the existing eight franchises during the IPL retentions which took...
Read more
Load more