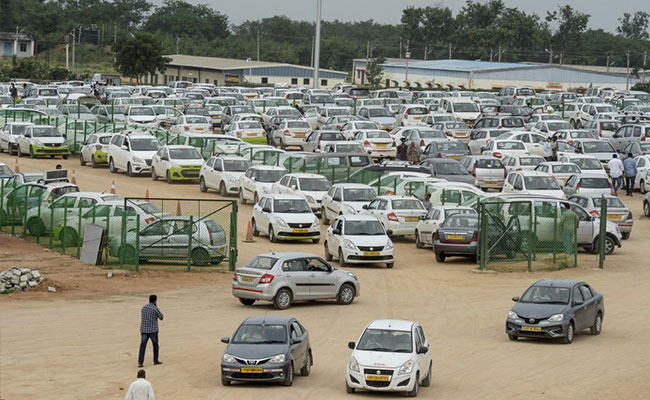 The vehicle scrappage policy aims to reduce the import of scrap and raw materials. (File)

The Centre will soon ask state governments to provide up to 25 per cent rebate on road tax for vehicles that are purchased after scrapping old vehicles under the new proposed scrappage policy, with Union minister Nitin Gadkari on Tuesday asserting that giving rebate is not a political but a public interest issue.

While it was not immediately clear whether the quantum of road tax rebates would be made mandatory under the National Automobile Scrappage Policy, the Road Transport and Highways Minister said the issues related to the road tax rebate are a subject under the central government.

“As far as road tax(rebate) is concerned, it is not an advisory, we are going to make changes in the rules (to provide road tax rebate of up to 25 per cent for personal vehicles and up to 15 per cent for commercial vehicles on buying new cars on scrapping old vehicles),” Amit Varadan, Joint Secretary in the Ministry of Road Transport and Highways, said at a press conference.

He also emphasised that the central government has the power to decide principles of taxation in the concurrent list.

In March, Mr Gadkari told Parliament that state governments may be advised to offer a road tax rebate of up to 25 per cent for personal vehicles and up to 15 per cent for commercial vehicles.

“We are authorised under the concurrent list to decide principles of taxation. So, we are making changes in the rules, and final rules will be out soon,” Mr Varadan said on Tuesday.

While admitting that some states have expressed concerns over the proposed rebates, Mr Varadan said the ministry successfully convinced those states to offer a road tax rebate of up to 25 per cent and 15 per cent for personal vehicles and commercial vehicles, respectively, under the scrappage policy.

While making it clear that road tax rebate issue is not a political one, Mr Gadkari, while addressing the press conference, said it is a public interest issue and expressed hope that all states will cooperate with the Centre.

He also said that revenue of the states will increase after they implement the National Automobile Scrappage Policy.

Announced in the Union Budget 2021-22, the policy provides for fitness test after 20 years for personal vehicles, while commercial vehicles would require it after the completion of 15 years.

Replying to a question on why fitness norm is not uniform in the country, Mr Gadkari said in the case of Delhi, the National Green Tribunal(NGT) has passed an order banning all diesel vehicles that are over 10 years old from running on the roads.

On April 7, 2015, NGT had banned all diesel vehicles over 10 years old from running on Delhi-NCR roads.

Later in July 2016, it ordered deregistration of 15 to 10 years old diesel vehicles in the national capital in a phased manner.

It had said that diesel vehicles which are 15-years-old should be de-registered first and will not get No Objection Certificate (NoC) for running outside Delhi-NCR.

On August 14, 2021, the NGT had refused to modify its order directing the deregistration of diesel vehicles in Delhi-NCR which are over 10 years old.