Couldn’t Even Collect Fistful Of Soil 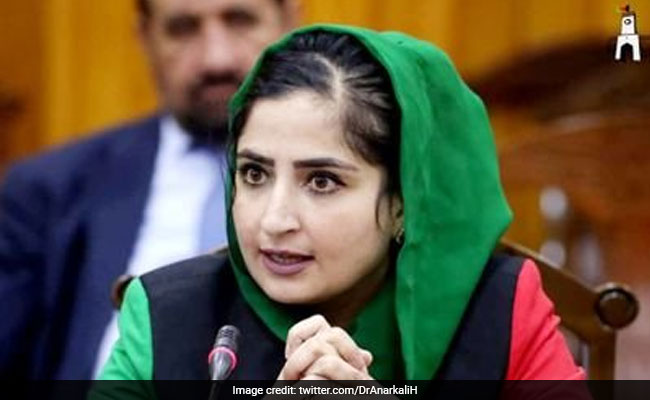 Anarkali Kaur Honaryar dreamt of a life in a progressive and democratic Afghanistan. (File)

Afghanistan’s first non-Muslim woman MP Anarkali Kaur Honaryar never thought she would have to leave her country. But as the Taliban swept into Kabul, she had to take flight not getting a chance to even collect a handful of the soil as a memory of her motherland.

Honaryar, 36, a dentist, championed the cause of women in the highly patriarchal society of Afghanistan and led campaigns for the rights of the vulnerable communities. She dreamt of a life in a progressive and democratic Afghanistan.

“My dream is now shattered.”

Honaryar still hopes that Afghanistan gets a government that protects the gains made in the last 20 years. “Maybe it’s little, but we still have time.”

Hostilities in Afghanistan had earlier forced the Sikh MP’s relatives to move to India, Europe and Canada. Honaryar and her family reached India in an Indian Air Force’s C-17 transport aircraft on Sunday morning amid a deteriorating situation in her country after the return of the Taliban.

She overcame with emotions at the airport thinking whether she will be able to return home, ever.

“I didn’t even get the time to take a fistful of my country’s soil… a souvenir from my country. I could just touch the ground at the airport before boarding the flight,” Honaryar told PTI as she broke into tears.

Staying at a hotel in Delhi, her ailing mother wants to go back to Kabul.

“I don’t know what to tell her,” Honaryar says.

In May 2009, Honaryar was chosen by Radio Free Europe’s Afghan chapter as their “Person of the Year”. The recognition made her a household name in Kabul.

A doctor by profession, the lawmaker recalls her days when she worked for the Afghan human rights commission and traversed the seemingly inaccessible mountains regions of the country.

“Muslim women trusted me despite not being from the same religion,” she says.

Asked about her friends and co-workers who are still stuck in the conflict-torn nation, she says “We tried really hard to avoid a situation where we have to leave our country.”

“My colleagues and my friends have been calling me, sending me messages. But how do I respond? Every call, every message breaks my heart, makes me cry. They think I am safe and at ease in Delhi, but how do I tell them that I miss them a lot.”

Honaryar says the memories that she wants to keep are of the love she received in Afghanistan.

“In Afghanistan, people would swarm around me and click selfies when I would come out from meetings. They loved me because I was their voice in the National Assembly. I fought for everyone. The issues I raised, all my speeches, are part of the records of the Assembly,” she said.

Among her recorded speeches is a vow that Honaryar took — not to work for a Taliban government ever.

“I said a lot of things against the Taliban. My ideas and principles are completely opposite. I’m alive and hopeful. I will continue to work for Afghanistan from Delhi,” she says.

Honaryar feels that the future is unpredictable for the people of Afghanistan.

“The people are so depressed that they are desperately clinging onto planes… as if those are buses that would take them to safety,” she said gazing into a void.

The one question that troubles her the most is the future of women under Taliban rule.

“The Taliban said no one will be harmed. But peace does not mean non-violence. Peace means that they accept women as equals and recognize their rights,” she said.

<!-- -->It was the biggest such gathering since the start of the pandemic, media said. (Representational)Madrid, Spain: Around 25,000 people joined a massive...
Read more
Latest Stories

Paid A “Very Heavy Price” For Siding With US In Afghanistan: Pakistan PM Imran Khan