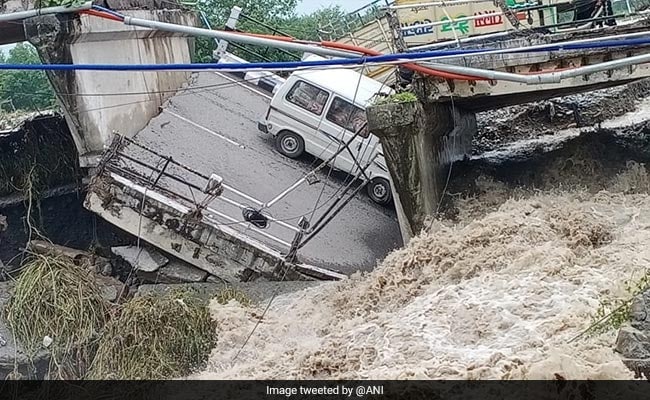 Several vehicles were damaged in the bridge collapse in Dehradun today.

Uttarakhand suffered major losses today following days of incessant rain as a bridge over Jakhan river collapsed and a key road caved, damaging several vehicles. No casualties have been reported till now but transport has been badly hit in several parts of the city and even the state.

#WATCH | A bridge at Jakhan river on Ranipokhari-Rishikesh highway collapses in Dehradun, Uttarakhand

Parts of a bridge over River Jakhan on the Dehradun-Rishikesh highway collapsed in Ranipokhari, ANI reported. Visuals from the spot showed several vehicles stuck in the rubble and people fleeing. 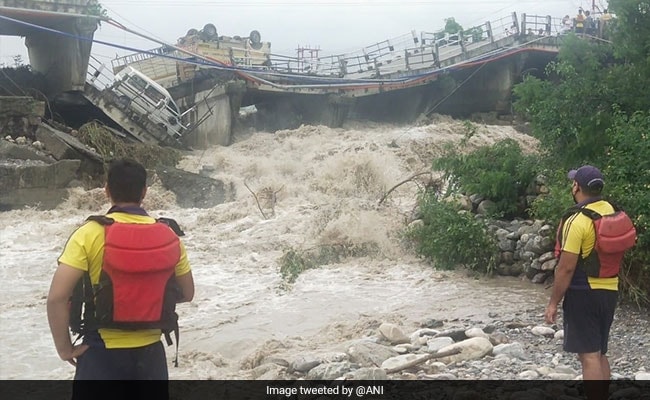 Rescue and deep diving teams of the State Disaster Response Force (SDRF) have reached the site. Rescue and relief operation are on, the news agency’s report said.

District Magistrate R Rajesh Kumar says traffic on the route has been halted.

In another incident, parts of the Maldevta-Sahastradhara Link Road caved in and merged with a river following incessant rainfall in Dehradun, ANI reported.

Meanwhile, National Highway 58 was closed from Tapovan to Maletha due to heavy rainfall in the area, the Tehri-Garhwal district authorities have said, according to the news agency.

The Rishikesh-Devprayag, Rishikesh-Tehri, and Dehradun-Mussoorie roads, too, have been closed due to landslides at many places following rains over the past 3-4 days, the state police have said. They have cautioned people against travelling to the area till the inclement weather changes, the agency reported.

SDRF teams have been carrying out rescue operations in Dehradun amid heavy downpour in the city.

The state has in recent years suffered huge losses to life and property due to natural disasters.

A 2013 cloudburst caused devastating floods and landslides, killing over 5,700 people. Another such incident took place in 2016, killing around 30. In 2021, again, over 200 lives were lost after an avalanche set off flash floods in some tributaries of the Ganga.

A number of smaller-scale disasters have visited the state in other years, too.

How to Recover Deleted Files From Google Drive

Google Drive stocks and organises your content in the cloud to access it at any time. If a user has deleted any...
Read more

How to Recover Deleted Files From Google Drive

Google Drive stocks and organises your content in the cloud to access it at any time. If a user has deleted any...
Read more