Delta Surge Means This Is As Good As Global Growth Gets 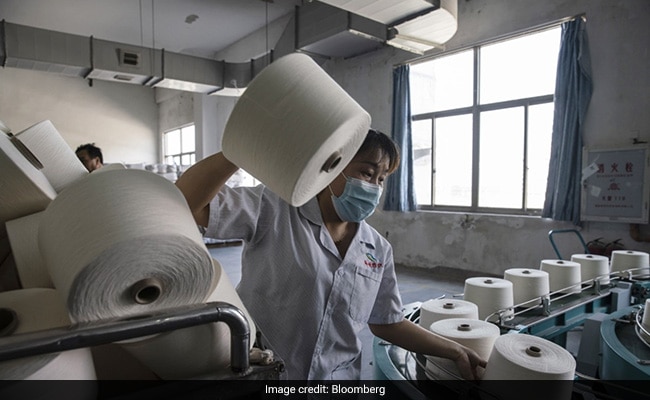 Economies with high vaccination rates are allowing policy makers to resist another round of shutdowns.

The pandemic’s summer resurgence is slowing the global economic recovery as the delta variant dogs efforts to rev up factories, offices and schools.

Instead of entering the final months of 2021 confident that the acute phase of the pandemic is over, it’s becoming clear that booster shots may be needed for fading vaccines, workplace re-openings will be delayed and border closures remain.

Data over the past week captured a worldwide weakening as infections hit travel and spending and worsen supply bottlenecks that are dampening manufacturing and trade. Surging gas prices are also emerging as a threat. 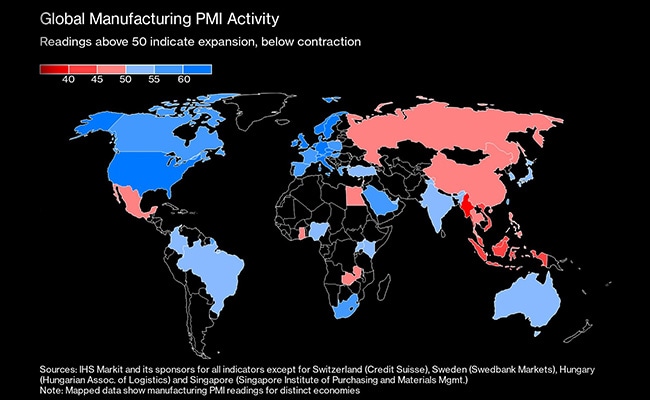 Activity gauges have missed expectations in major economies, according to Goldman Sachs Group Inc., while Citigroup Inc. warned the recovery could moderate with a deepening divergence between sectors and regions.

“The spread of the delta variant is slowing the reopening process and has caused us to mark down growth globally,” said Robin Brooks, chief economist of the Institute of International Finance in Washington, referring to its revised 5.7% forecast for this year, from 6.2%.

That stumble could complicate central banks’ plans to pull away from their crisis support by slowing asset purchases or raising interest rates. Federal Reserve Chair Jerome Powell on Aug. 28 warned of ongoing slack in the labor market as the pandemic continues, while Australia’s central bank this week is expected to revisit whether to delay its taper plans amid a worsening outbreak.

“From a slide in China services to a plunge in U.S. job gains, the delta variant is putting a dent in the global recovery. Looking forward, even as China exits its latest outbreak, a broadening crackdown on entrepreneurs – part of President Xi’s ‘common prosperity’ agenda – adds uncertainty to the global outlook.”

In Germany, Jens Weidmann, president of the Bundesbank, also cited the risk of a setback in a Sept. 1 speech, while China’s State Council, the equivalent of a government cabinet, has ordered extra support for small businesses.

The severity of the slowdown from here will largely depend on science.

Economies with high vaccination rates are allowing policy makers to resist another round of shutdowns, opting instead for targeted measures that include vaccination requirements for public places such as restaurants. Progress on vaccinations means “in all likelihood the economic impact won’t be as severe” than during previous waves, Weidmann said.

Governments will also have greater room to maneuver if vaccines continue to hold up against morbidity, mortality and serious healthcare outcomes, according to David Mackie, economist at JPMorgan Chase & Co. in London.

Emerging economies are mostly struggling to gain the same access to jabs as their developed peers, however. The vaccination rate is 58% in the 39 economies defined as “advanced” by the International Monetary Fund, compared with just 31% for the rest of the world — and that leans heavily on China’s massive vaccine rollout.

Manufacturing and tourism-led economies like Vietnam and Thailand have been forced to close factories and turn away visitors. Southeast Asia is suffering one of the world’s worst Covid-19 outbreaks, making up the bottom five spots on Bloomberg’s latest Covid Resilience Ranking. 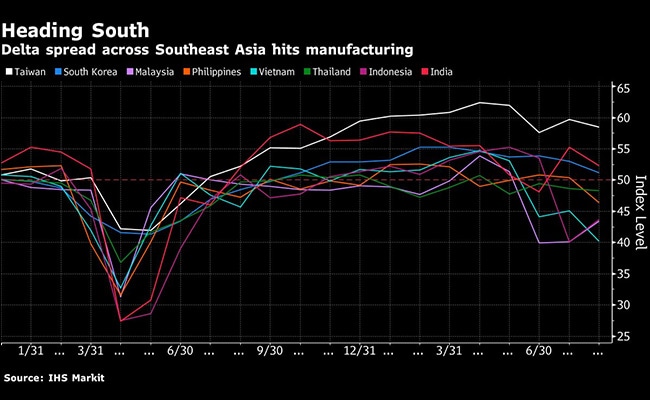 The troubles in Asia across manufacturing and shipping are causing complex and interlinked supply shortages globally. Those disruptions to production can end up dragging on consumer spending and pushing goods prices higher, according to Janet Henry, chief global economist at HSBC Holdings Plc in London.

“In the U.S. and European countries, where vaccination rates are generally higher and re-opening continues, growth is more resilient,” Henry said. “But these economies could be affected by delta-related disruptions elsewhere, for instance, factory closures in Malaysia.”

That two-speed recovery between developing and advanced economies is only likely to deepen, according to Alicia Garcia Herrero, chief economist for Asia-Pacific at Natixis.

“The divergence between emerging and developed economies is actually going to get worse,” she said.

<!-- -->Ashish Vazirani served on active duty in the US Navy as a Submarine Officer from 1986 to 1993.Washington: US President Joe Biden...
Read more