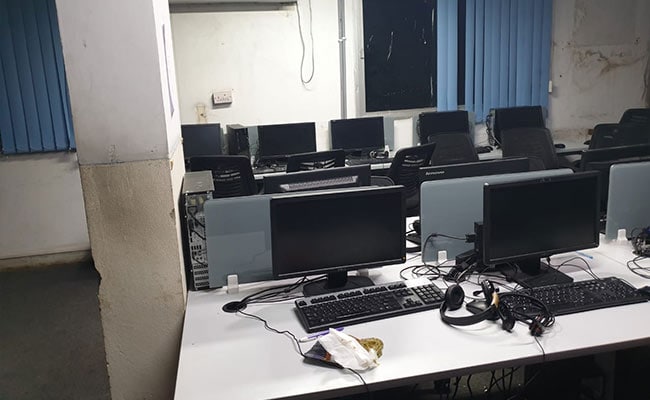 The estimated money conned from US citizens so far is worth over Rs 10 crore. (Representational)

Police in Uttar Pradesh’s Greater Noida have arrested 32 people from a fake call centre that was allegedly duping US citizens on the pretext of fixing computer virus, the officials said on Thursday.

The estimated money conned from the American citizens by the call centre so far is worth over Rs 10 crore, according to official estimates.

Based on a tip-off, the police raided the call centre and arrested 32 people who were found working on the spot. Those arrested include people living in Delhi, Ghaziabad, Noida, Greater Noida and Gurgaon.

The call centre was operational since last one year from the special economic zone (SEZ) in the Bisrakh area, senior police officer Ankur Aggarwal said.

“A total of 32 people have been arrested from the call centre that was duping American citizens. The accused would interact with the US citizens over internet and send bugs into their computer system but scare them by telling that their system has got a virus,” he said.

The accused would seek up to USD 1,000 (approximately Rs 74,000 as per Thursday’s exchange rate) in exchange of their “service”, Mr Aggarwal told reporters.

“The call centre made a profit of up to USD 4,000 every night and they had been operational for around a year now, as per information gained from the accused during questioning. The fraud amount is well in crores of rupees,” he said, adding that employees working on calls were paid Rs 20,000 a month while the manager was getting Rs 1.25 lakh to Rs 1.50 lakh monthly.

He said around 15 to 20 more people, including the mastermind behind the con job, have been identified and search is on to track and arrest them.

An FIR has been lodged at the Bisrakh police station under Indian Penal Code sections 420 (cheating), 406 (criminal breach of trust) and under provisions of the Information Technology Act, the police said.

The police have seized 50 computers and related devices from the call centre, where people worked overnight in order to match the normal work hours in the US, they said.

How to Compress Videos on Your iPhone

iPhones are considered to have some of the best cameras for making videos. Even the latest iPhone 13 range boasts of features like overhauled...
Read more

How to Compress Videos on Your iPhone

iPhones are considered to have some of the best cameras for making videos. Even the latest iPhone 13 range boasts of features like overhauled...
Read more