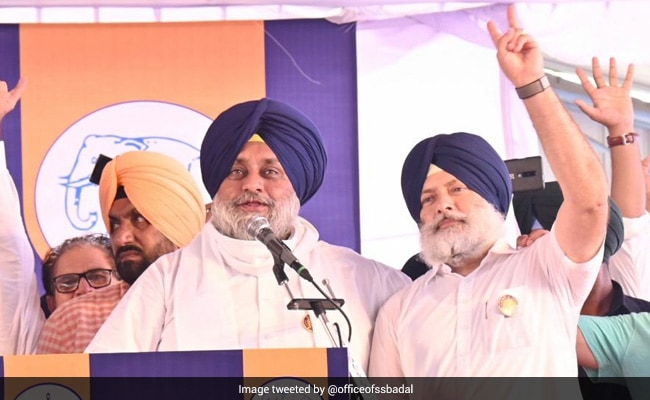 Police on Thursday used a water cannon to disperse a group of farmers who allegedly tried to force their way inside the venue of an event of the Shiromani Akali Dal in Punjab’s Moga, which was being addressed by its chief Sukhbir Singh Badal.

Police claimed that some of the protesters scuffled with them and hurled stones in a bid to force their way inside the SAD event venue in Moga’s grain market.

“We warned them several times. But some protesters resorted to pelting of stones after which police used force and a water cannon to disperse them.

“They had also blocked the national highway near the spot which was later cleared,” Moga’s Superintendent of Police Dhruman Nimbale said, adding around 35 of the 600 odd protesters have been detained and the situation brought under control.

SAD president and MP Sukhbir Singh Badal was addressing the function in the grain market when protesters tried to force their way inside. Some of the protesting farmers said they wanted to question Badal on certain issues but were stopped by the police.

“They tried to break the barricades. When stones were pelted, we had to baton-charge in a restrained manner to disperse them,” the SSP said.

A protesting farmer said they have been holding protests at the borders of the national capital for over nine months but political parties were “more concerned with power and only shedding crocodile tears” for peasants.

A few days ago too, the SAD had faced a protest by a group of farmers during their event in Baghapurana in the Moga district.