From ‘Miyanganj’ To ‘Mayaganj’, The Latest In Uttar Pradesh’s Renaming Roster 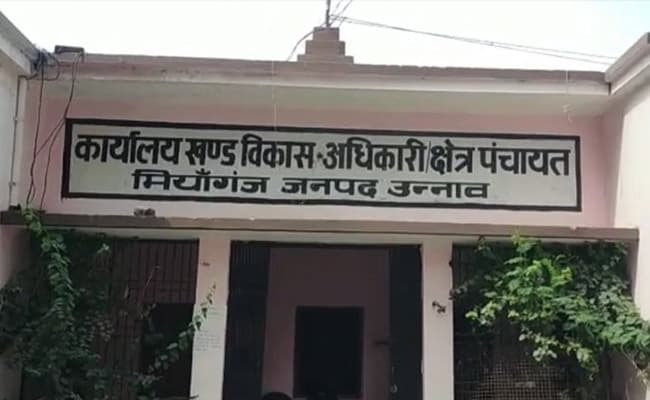 A gram panchayat or a local body in Uttar Pradesh’s Unnao has proposed changing the name of a block in the district from ‘Miyanganj’ to ‘Mayaganj’ – the latest in a series of proposed name changes across Uttar Pradesh.

The term “Miyan” is sometimes used as a prefix or a suffix in Muslim names in India and elsewhere.

“The gram panchayat has suggested changing the name to ‘Mayaganj’. We have sent this proposal to the UP government for the next step,” Ravindra Kumar, the District Magistrate of Unnao, a district less than 50 km from Uttar Pradesh’s capital Lucknow, said in a video statement.

A letter by the Unnao District Magistrate to a senior official in Uttar Pradesh’s Panchayati Raj department on Tuesday mentions that the process of getting a name change proposal passed by the gram panchayat was initiated after a letter in July this year by Bamba Lal Diwakar, a BJP MLA in the area.

Hours after the ‘Miyanganj’ to ‘Mayaganj’ proposal, a state minister demanded the renaming of Mirzapur, an eastern UP district next to Varanasi, PM Modi’s Lok Sabha seat. Mirzapur has the famous ‘Maa Vindhya Vasini’ Temple, a popular pilgrimage spot.

“I want that Mirzapur should be known as ‘Vindhya Dham’. Faizabad has been renamed Ayodhya and our government is investing crores of rupees in infrastructure at the Vindhya Dham in Mirzapur, so I hope that Mirzapur can be renamed. This is very important and is a matter of public sentiment,” Rama Shankar Singh Patel, a minister of state in the UP government has said in a video statement.

Ten days ago, a proposal to rename Uttar Pradesh’s Aligarh to Harigarh was cleared by the zila panchayat, the local body’s chief had confirmed. The proposal has been sent to the Yogi Adityanath government.

If the move to rename Aligarh is cleared by the UP government, it would add to a long list of renamed places in the BJP-ruled state – one of the most prominent in recent times being the renaming of Allahabad to Prayagraj, a few months before the Kumbh Mela in January 2019.

In November 2018, the state government announced that the Faizabad district would be called Ayodhya, the same name as the temple town 100 km from Lucknow.

<!-- -->AAP spokesperson Raghav Chadha said issues of Punjab were put on the back burner.New Delhi, Chandigarh: Governance in Punjab has been the...
Read more