Home India I Didn't Know It Would Be Gold, Unbelievable Feeling
India

I Didn’t Know It Would Be Gold, Unbelievable Feeling 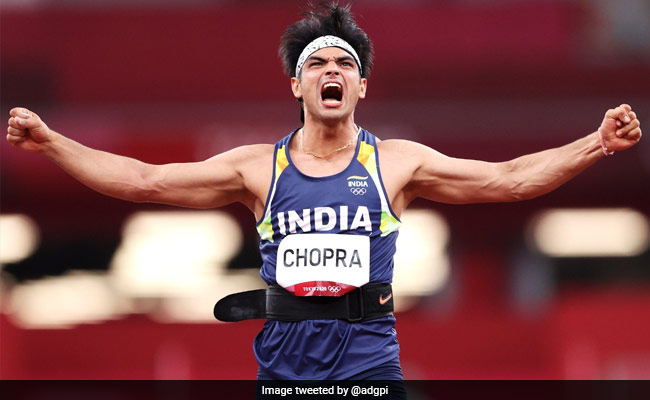 Neeraj Chopra is the first Indian to win a gold medal at the Olympics in athletics. (File)

“It feels unbelievable,” said star javelin thrower Neeraj Chopra after his history-making gold in the Olympics on Saturday, claiming to have been unsure of a top podium finish despite a remarkably confident performance.

Mr Chopra had topped the qualification three days ago and did better than that in the finals as he produced a best throw of 87.58m to become only the second Indian to win individual gold in Olympics, also the first track-and-field medal for the country.

“It feels unbelievable. It is the first time India has won a gold in athletics, so I feel very good. We have just one gold here in other sports,” the 23-year-old said after winning the historic gold.

“This is our first Olympic medal for a very long time, and in athletics it is the first time we have gold, so it’s a proud moment for me and my country.”

Asked if he was surprised to win gold which also featured German great Johannes Vetter, he said, “In the qualification round I threw very well so I knew I could do better in the final.”

Few would have thought that Mr Chopra would bludgeon his way to gold in such a dominant fashion at the grandest of the stage.

Just like in the qualification round, Mr Chopra began with a bang by sending the spear to a distance of 87.03m and then improved it to 87.58m, his best of the day which none in the field could match.

His third throw was a poor 76.76m, he then fouled his next two attempts before a final effort of 84.24m.

By the time the Nordic javelin left his right hand in his second attempt, he knew that it was going the farthest among all and he raised both his arms in jubilation, confident that the job had been done.

Season leader and pre-tournament gold favourite Johannes Vetter of Germany, who had thrown the spear to 90m plus distances seven times between April and June, was shockingly eliminated after the first three throws as he was placed ninth with a best effort of 82.52m.

<!-- -->New Delhi: The 11 states reporting a more dangerous type of dengue have been asked by the centre to take steps for...
Read more