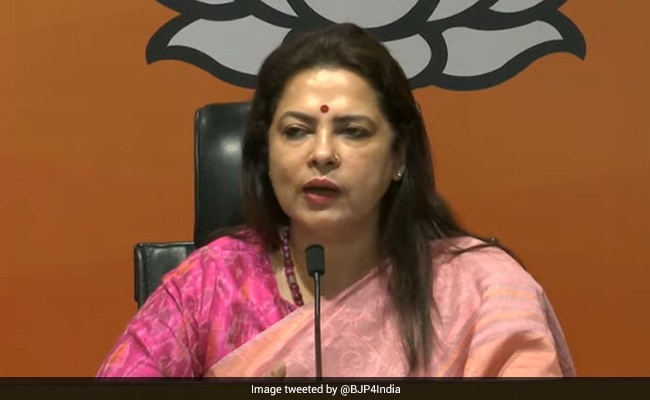 India, which is among the largest troop contributing countries to UN peacekeeping, on Wednesday said that drawdown of peacekeeping missions should not be driven by the temptation for austerity, cautioning that the cost of relapsing is always much higher than the short-term savings.

“For the host country, on one hand this signals progress towards political stability and new development opportunities; but on the other hand, it also presents a real risk of the country relapsing into conflict,” she said during the event.

India is the largest troop contributor to the UN peacekeeping operations in cumulative terms since their inception, having deployed more than 250,000 peacekeepers across 49 UN missions.

Ms Lekhi also called for well planned transitions of these missions. She underscored that it is important that mission transitions are well planned, taking into account the objective assessment of various factors in the host country.

“The drawdown of a peacekeeping mission should not be driven by the temptation for austerity. The cost of relapsing is always much higher than the short-term savings,” she said, adding that in this regard, India welcomes the important advisory, bridging and convening roles of the Peacebuilding Commission, especially when the Council is discussing mandates of Peacekeeping Missions.

Underlining that peacekeeping and peacebuilding are not mutually exclusive, Lekhi said it is important to actively support the post-conflict peacebuilding and recovery initiatives of the host States and the efforts of the UN in Peacebuilding should be strengthened, by providing it adequate financial resources.

She emphasised that the primary responsibility to protect civilians across its territory lies with the host State.

The Security Council should encourage and support the efforts of the host State towards the effective implementation of a national plan for civilian protection.

Noting that full respect for the sovereignty of a country can never be over-emphasised, she said the transition strategies should recognise the primacy of national governments and national ownership in identifying and driving priorities.

“The efforts of the host States towards security sector reforms, capacity building of police, justice and correction, and promotion of rule of law and good governance need to be supported and supplemented,” she said.

She also highlighted that the political solution of the conflict is paramount for achieving stability and sustainable peace.
Reconfigured peacekeeping operations have a crucial role in fostering a positive environment and encouraging collaboration among all relevant parties, she said.

Ms Lekhi told the Council, which also heard from UN Secretary General Antonio Guterres, that the transition of peacekeeping operations and peacebuilding depend on several factors, including the way such transitions are envisaged, planned and executed by the UN.

“To be successful, this critical phase needs the active collaboration of all stakeholders,” she said, citing the example of the recent transition of the UN-AU Hybrid Operation in Darfur (UNAMID) into the UN Integrated Transition Assistance Mission in Sudan (UNITAMS).

India is the largest troop contributor to the UN peacekeeping operations in cumulative terms since their inception, having deployed more than 250,000 peacekeepers across 49 UN missions.

As of today, nearly 5,500 Indian peacekeepers are deployed across 9 UN Missions and 174 peacekeepers from the country made the ultimate sacrifice in the line of duty.

India “was also happy to donate” COVID-19 vaccines for all UN peacekeepers and upgrade two hospitals for peacekeeping to combat the pandemic.

Ms Lekhi also highlighted that the first-ever all women peacekeeping contingent was from India and stationed in Liberia. India’s Female Engagement Team (FET) is also playing an important role in MONUSCO, she said.

India, which had organised a signature event on peacekeeping during its Presidency of the Council last month, said technology, especially digital technology can play a crucial role in post conflict peace building, to improve public services, promote transparency in governance, enhance the reach of democracy, promote human rights and gender sensitivity.

She stressed that India is convinced that human-centric, gender sensitive and technologically primed solutions and the robust functioning of democratic institutions of governance that give all stakeholders a say in creating a better future is the biggest guarantee for the success of peacebuilding and for sustaining peace.

<!-- -->New Delhi: The Padmanabhaswamy Temple Trust will face an audit of income and expenses for the past 25 years, the Supreme Court...
Read more
India

Bollywood actor Sonam Kapoor Ahuja is one of the few celebrities in the film industry who know how to carry exaggerated style statements....
Read more

Samsung Galaxy F42 5G is likely to launch by the end of this month and go on sale next month, says a...
Read more
Load more

Bollywood actor Sonam Kapoor Ahuja is one of the few celebrities in the film industry who know how to carry exaggerated style statements....
Read more