Indian Trio Set Up Payments Startup In 2000. They Just Made $500 Million Each 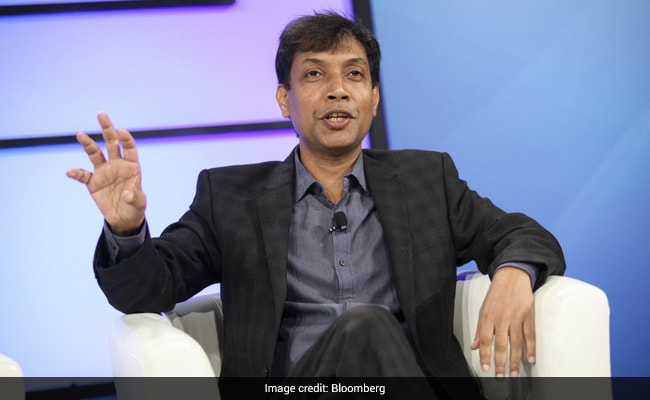 MN Srinivasu said the founders haven’t made plans to use their windfall.

When three consultants from Arthur Andersen LLP set out to build a digital payments company at the turn of the millennium, the first institutional backer they found was an Indian state-run lender. This week Prosus NV bought BillDesk for $4.7 billion, netting the trio half-a-billion dollars each for their combined 31% stake.

The story of M.N. Srinivasu, Ajay Kaushal and Karthik Ganapathy runs counter to rules in India’s startup textbook. In an age where every funding round is touted in press statements and staff parties, Prosus-owned PayU found itself having to take complete charge of the acquisition announcement because BillDesk had never employed a PR firm.

“We aren’t the typical young startup founders,” Mr Srinivasu said by phone, hastening to add that while Kaushal and he are 53 years old, Ganapathy is “only pushing 50.” “When we started on Jan. 1, 2000, we didn’t have a startup idea. We thought it would be a great opportunity to build something at the intersection of tech and financial services, it was just gut-feel.”

The founders met while working in the financial services practice at Arthur Andersen and quit in 1999, mere years before the accounting giant combusted in the wake of the Enron Corp. scandal in 2002. All graduates of Indian Institute of Management (IIM), they left so-called success-track careers to become entrepreneurs with no meaningful savings.

While the trio has sold their entire stakes, they will continue to be part of the business, Mr Srinivasu said, without elaborating. The Prosus deal could intensify competition in India’s teeming fintech sector, where he sees enormous opportunity for scale as “anyone can move $100 million or $0.05 within seconds at virtually no cost.”

BillDesk’s earliest backer was Bank of Baroda and a fund run by financier Small Industries Development Bank of India, both government-owned and the anti-thesis of today’s high-profile, global venture capital companies. It would be more than a decade-and-half before big name investors such as Temasek Holdings Pte, Visa Inc. and General Atlantic LLC would come aboard.

By then, BillDesk had built a global roster of clients and was offering its gateway to millions of customers making India payments on Amazon.com Inc. or Microsoft Corp.’s LinkedIn service, buying Netflix Inc. subscriptions or transacting on Apple Inc.’s local online store. BillDesk began exploring an IPO this year and had appointed investment bankers. Then Prosus arrived on the scene weeks ago and offered a 100% buyout.

The lure was clear: More than 800 million Indians are using the internet, and e-commerce is expected to swell at a time when China is cracking down on its tech industry.

BillDesk began when India’s internet user base stood at about 50,000. At one end, the firm’s technology pipe gathered billing data from utilities like power and water suppliers and phone companies. At the other, it collected paper mandates from banks’ customers to debit the payments to these utilities from their accounts.

It turned out to be a robust system. Customers no longer needed to line up to pay bills. Utility players didn’t have to spend millions of man hours reconciling bank transactions. And banks didn’t have to deal with physical payments where customers clogged up their branches.

The explosive growth in digital payments on the back of ubiquitous internet access via smartphones gave BillDesk a boost. It now facilitates all kinds of payments from insurance to property taxes, and recurring payments like mutual fund investments, credit card payments and school fees.

BillDesk, which charged the utility a commission and shared a percentage with the banks, has been profitable since 2007. It earned $253 million in gross revenue in the financial year 2021, while earnings before interest, taxes, depreciation, and amortization was at $42 million, according to a Prosus regulatory filing as part of the acquisition.

Mr Srinivasu said the founders haven’t made plans to use their windfall.

“We were the payments solution that stayed in the background, allowing banks to brand and operate our solution,” Mr Srinivasu said.