Journalist On IAF Flight From Kabul 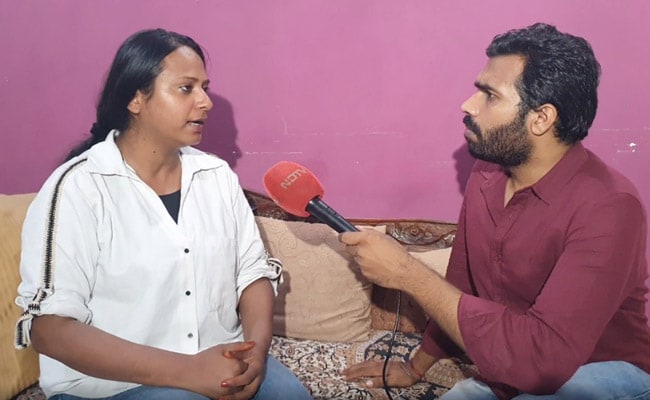 Kanika Gupta said there is a sense of betrayal in Kabul.

Afghans, almost all of whom love India and despise Pakistan, expected much more from New Delhi and there is a growing sense of abandonment in Kabul, a journalist who just made it back in time on an Indian Air Force (IAF) special flight told NDTV on Tuesday.

Kanika Gupta, who was on the same flight that brought the Indian ambassador and other embassy staff back after a complex evacuation process, narrated how she saw a “sea-change” in Kabul in the last day or two when the Taliban took over the city.

“I decided to leave when I heard the Taliban were looking for me and another colleague of mine in a place where stayed earlier. Just as the Taliban were taking over the city, I spoke to the embassy and they asked to make it there somehow,” Ms Gupta told NDTV.

“We were stopped at a checkpoint by the Taliban and they refused to let us pass. They kept avoiding talking to me because I was a woman and spoke to my driver. They wanted us to turn back. After around 2 hours, they took us to the embassy,” she said.

“We arrived at the Kabul airport last night around 10. The Taliban escorted us. It was very smooth. But outside the gates, there were thousands of people trying to get in. They had to fire in the air to try and disperse the crowd,” Ms Gupta said.

“We waited for five hours outside the airport. Ultimately, we had to use another entrance that was manned by the US and Turkish forces. Then at 6 in the morning, we took off. We got here at 11. I am grateful to the Air Force who took great care of us,” she said.

“At the Kabul airport, I saw slippers, kids shoes, dupattas of women on the tarmac – like a testament to the horrors that it had seen the night before. I was shell-shocked,” she said.

“The biggest fear over there is among women. They speak of threats like acid attacks if they don’t cover themselves up properly. So, there is a lot of trust deficit when the Taliban today talks of no discrimination,” Ms Gupta said.

“I saw a sea-change in the last 1 or 2 days that I was in Kabul. Beauty parlours were being painted over, there were no women on the streets. And Kabul has such dynamic, intelligent and fashionable women. It’s always great to talk to them,” she said.

“And they all love India. You speak to 10 people over there, there is a universal love for India and hatred for Pakistan. They had a lot of expectations from India when it came to the crisis and there is a sense of betrayal growing there,” Ms Gupta told NDTV.

India evacuated its embassy in Kabul on Tuesday morning amid an escalating humanitarian crisis in Afghanistan. A special Air Force flight brought back the envoy, along with other staff members and ITBP (Indo-Tibetan Border Police) troops. The evacuation operation faced multiple challenges in the last 48 hours as the Taliban returned to power in Afghanistan after 20 years on Sunday.

Two aircraft were deployed for the evacuation of the embassy staff on Sunday. The first IAF C-17 aircraft with 45 personnel returned on Monday. However, with roads and airport operations shutting down, and chaos unfolding at Kabul airport, the Indian Ambassador in Kabul, other staff members, and ITBP troops could not be brought back earlier.

Prime Minister Narendra Modi chaired a meeting of the Cabinet Committee on Security on Tuesday evening and asked officials to undertake all necessary measures to ensure the safe evacuation of Indian nationals from Afghanistan in the coming days.