Home India Know The Date, Significance And History Of The Day
India

Know The Date, Significance And History Of The Day 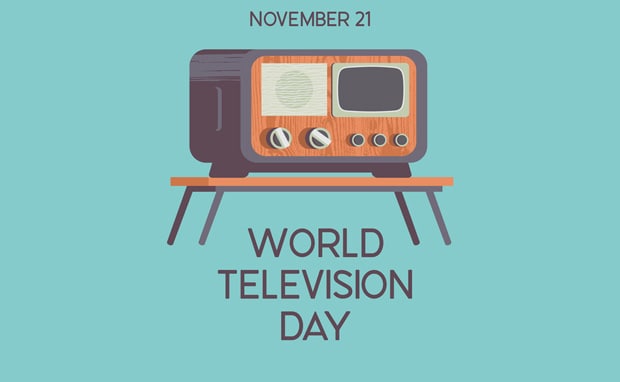 World Television Day is observed on November 21 across the world

World Television Day is celebrated on November 21 globally to highlight the importance of television as something beyond an electronic tool. Since its invention, it has been one of the most vital sources of entertainment. It has equally been an important tool to educate and inform people. In the late 80s, television also helped unite India as many people would gather in front of a single screen to watch iconic shows such as Hum Log, Buniyaad, Ramayan, and Mahabharat, among others.

According to the UN, “Television represents a symbol for communication and globalisation in the contemporary world,” and “World Television Day is not so much a celebration of the tool, but rather the philosophy which it represents.”

Recognising the “increasing impact television has on decision-making by bringing world attention to conflicts and threats to peace and security and its potential role in sharpening the focus on other major issues, including economic and social issues”, the United Nations decided to observe World Television Day on November 21 every year.

In November 1996, the United Nations held the first World Television Forum. Leading media personalities were part of the forum, where they discussed the growing significance of television globally. That’s when the General Assembly decided to observe November 21 every year as World Television Day.

TV was invented by a Scottish engineer, John Logie Baird, in 1924. Over three decades after its invention, television was introduced in India on September 15, 1959, in New Delhi, with the assistance of the United Nations Educational, Scientific and Cultural Organisation (UNESCO), according to the Press Information Bureau. Initially, in India, programmes were broadcast twice a week for an hour a day on themes such as community health, traffic, road sense citizens’ duties, and rights.

<!-- -->The farmers are pushing on with the rest of their demands, and the protests look set to continue.Prime Minister Narendra Modi's government...
Read more
India

<!-- -->CEO Vijay Shekhar Sharma highlighted the company's ramp-up in the key segment of lending.After a turbulent debut for the company behind India's...
Read more
India

<!-- -->It is not yet clear whether infection with 'Omicron' causes more severe disease.New Delhi: On 26 November, 2021, the World Health Organisation...
Read more