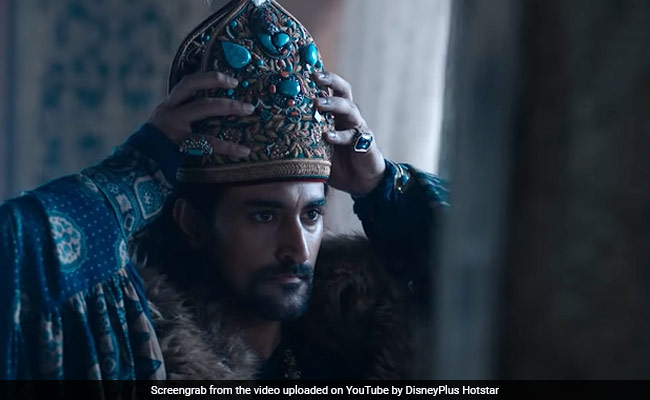 The Empire trailer: Kunal Kapoor in a still from the show (Courtesy YouTube)

To put it simply, the trailer of Hotstar Special series The Empire is “wow”. Actor Kunal Kapoor, who ventures into the digital arena with the historic show The Empire, shared the trailer on Saturday, describing the storyline in these words: “The story of a king battling against enemies, fate, family, death, and even himself, in search of his kingdom.” The king that Kunal Kapoor refers to and he portrays on screen, is the founder of the Mughal Empire Babur. The Empire is the intriguing story of the first Mughal Emperor Babur, who was crowned the king of Fergana at the young age, soon after which, he conquered Samarkand, only to lose both Fergana and Samarkand to rival princes.

Flowing with the history of Babur’s timeline, the trailer of The Empire shows Dino Morea as Babur’s most menacing rival Muhammad Shaybani, Khan of the Uzbeks. The trailer reveals, in an attempt to ensure a peace settlement over Samarkand, Babur’s sister Khanzada (played by Drashti Dami, had to be married off to Shaybani. The trailer is also studded with impactful glimpses of Shabana Azmi, who plays Babur’s grandmother Esan Daulat.

The Empire, based on Alex Rutherford’s Empire Of The Moghul Raiders From The North, is directed by Mitakshara Kumar. The Hotstar Special show is a production of Nikkhil Advani of Emmay Entertainment. All episodes of The Empire will premiere on Disney+Hotstar August 27. Mark the date.

<!-- -->UP cabinet expansion: Yogi Adityanath and the BJP face a stern challenge in next year's election (File)Lucknow: A crucial expansion of the...
Read more