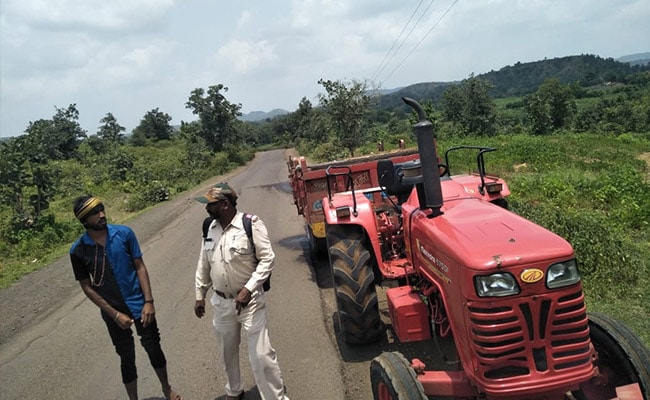 Some with the help of the MLA, drove away a tractor with illegally excavated sand seized by officials

A criminal case has been registered against a Congress MLA in the district for allegedly threatening forest officials and taking away a seized tractor laden with illegally mined sand, police said on Tuesday.

MLA Gyarasilal Rawat, who represents the Sendhwa assembly constituency, denied the allegation and accused the police of acting at the behest of BJP leaders.

A First Information Report (FIR) was registered at Barla police station on a complaint by forest ranger Indresh Achale and another forest department employee on Monday, said the local Sub Divisional Police Officer.

Some persons, with the help of the MLA, forcibly drove away with a tractor carrying illegally excavated sand seized by the forest officials and also threatened and abused them, the complaint said.

The police seized the tractor again, the official said, adding that the case was registered against Rawat, the tractor owner and its driver under the IPC, Mining Act and the Madhya Pradesh Forest Act for allegedly “obstructing lawful apprehension and obstructing the work of public servant”.

Mr Rawat claimed that the action was taken “under the pressure of BJP leaders”.

“The tractor was seized around 11 am. The officials had released four other tractors but not this one. I was passing through the area around 4 pm when I told the officials to release it. So they implicated me. I did not abuse them,” he said.

No arrest has been made in the case, the police official said.