Home India Medicinal Plants To Be Cultivated On 75,000 Hectares Of Land Under Ayush...
India

Medicinal Plants To Be Cultivated On 75,000 Hectares Of Land Under Ayush Ministry’s Campaign 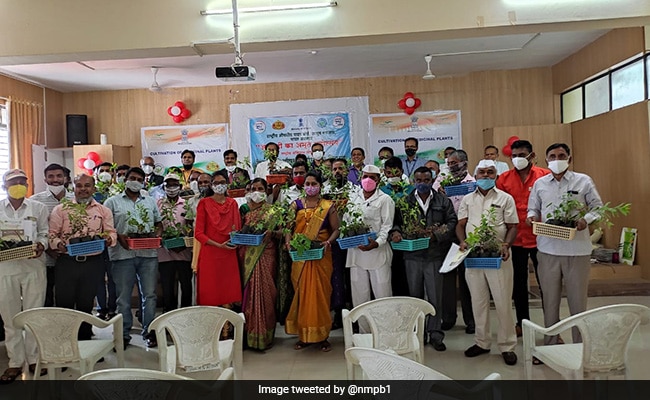 “This will help in realising the dream of Green India, the Ayush ministry said.

Medicinal plants will be cultivated on 75,000 hectares of land across the country as part of a campaign launched by the National Medicinal Plants Board (NMPB) that functions under the Ministry of Ayush.

The NMPB has launched the campaign to promote cultivation of medicinal plants in the country as part of the “Azadi Ka Amrit Mahotsav” celebrations to mark 75 years of independence, the Ayush ministry said on Thursday.

“This will help in increasing the income of farmers and realise the dream of Green India. Under this campaign, cultivation of medicinal plants will be done on 75,000 hectares of land in the next one year across the country. The programme has been started from Saharanpur in Uttar Pradesh and Pune in Maharashtra,” it said.

The campaign is the second such event in a series of programmes being organised by the Ministry of Ayush as part of “Azadi Ka Amrit Mahotsav“.

In Pune, medicinal plants have been distributed among farmers and those who were already cultivating such plants have been felicitated. Nilesh Lanke, MLA from Parner in Maharashtra’s Ahmednagar district, Dr Asim Ali Khan, DG, Central Council for Research in Unani Medicine (CCRUM), and Dr Chandra Shekhar Sanwal, Deputy Chief Executive Officer, NMPB, led the events from different locations, the ministry said in a statement.

Mr Sanwal said “this effort will give more impetus to the supply of medicinal plants in the country”. A total of 7,500 medicinal plants were distributed to 75 farmers on this occasion. A target has been set to distribute 75,000 saplings.

In Saharanpur, Minister of State for Ayush, Government of Uttar Pradesh, Dharam Singh Saini, along with Research Officer of the NMPB Sunil Dutt and officials of the Ministry of Ayush participated in the programmes. The farmers cultivating medicinal plants were felicitated by Mr Saini, the statement said.

According to Union Ayush Minister Sarbananda Sonowal, the country has an immense potential in the field of medicinal plants. The cultivation of such plants on 75,000 hectares of land will ensure availability of medicines and will be a big source of income for farmers, he has said.

This will make the country self-reliant in the field of medicines. Significantly, in the last one-and-a-half years, the market of medicinal plants has increased in a big way not only in India but all over the world. This is the reason that ashwagandha has been the third best-selling product in the US, the statement said.

<!-- -->Denying payment of family pension to any other member was not considered justified (Representational)New Delhi: The Centre, in its recent move, has...
Read more
India