Mumbai-Bengaluru Highway Shut For Third Day Due To Rain, Around 2,000 Vehicles Stranded 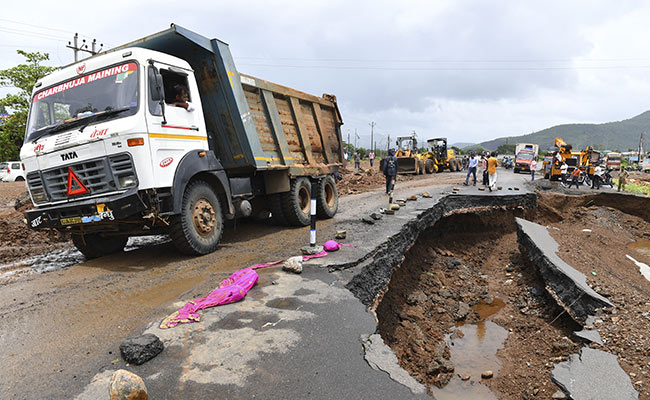 Around 2,000 Karnataka-bound vehicles have been stranded (Representational)

The Mumbai-Bengaluru highway continued to be shut for vehicular traffic for the third day on Sunday as its stretch near Shiroli village in rain-battered Kolhapur district of Maharashtra remained submerged, a police official said.

As a result, around 2,000 Karnataka-bound vehicles, including trucks, are stranded on the national highway, the district police said.

The highway has been shut for traffic since Friday after part of it got submerged due to rising water level as a result of incessant rains in the district.

“The stretch near Shiroli continued to be closed for the vehicular movement near Shiroli village as the bridge near there remained inundated,” Kolhapur senior police official Shailesh Balkawde said.

He added that if the water level of the Panchganga river in Kolhapur goes down further, there could be chances of water receding at the stretch.

The stretch of this highway in Belgaum district of Karnataka is also under water, he said.

Arrangement to provide food, water and other necessary things to the stranded people is being done with the help of the social organisations, Balkawade said.

Meanwhile, officials said that the water level of the Panchganga river at Rajaram weir came down to 50.7 feet, although it is still above the danger mark of 43 feet.

The district administration said that four automatic gates of upstream Radhanagari dam were opened and water was being released at 6,900 cusec rate on Sunday night.

So far, over 1.45 lakh people, who were stranded in the flood-hit areas of Kolhapur, have been shifted to safer places, it said.

The Indian Army has stepped up its relief and rescue operations in Sangli, Kohlapur, and Ratnagiri districts. The flood-relief columns in coordination with the civil administration evacuated over 80 stranded locals from the flood-affected areas of Bastwad in Kolhapur, a defence release said.