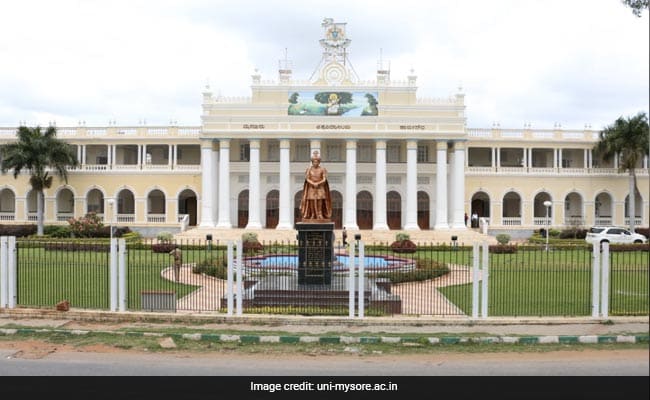 The circular has been issued “on the verbal direction of the police department”, the university said.

Days after the gang-rape of a student in Mysuru, the University of Mysore has issued a circular prohibiting female students from moving about its Mansangotriya campus after 6.30 pm. A similar order has been issued barring their entry to the Kukkarahalli Lake campus after 6.30 pm.

The circular has been issued “on the verbal direction of the police department”, the university said, adding that extra security personnel would patrol the campus between 6 pm and 9 pm every day.

The circular and its “precautions” come on the heel of a shocking comment by Karnataka Home Minister Araga Jnanendra, who declared the student and her friend “should not have gone (to the scene of the crime)… it is a deserted place…”

“Around 7-7.30 pm (on Tuesday), they (the student and her friend) had gone there… it is a deserted place. They should not have gone but we can’t stop anyone from going… It is a deserted place and no one usually goes there as no one will be there,” the minister told the press.

Worse was to follow, with the minister equating the opposition Congress’ protests against his horrible remark to an act of rape; he called it “an inhuman act”.

The minister’s words triggered furious protests and earned him a rebuke from the Chief Minister.

“I just don’t agree with the comments made by my Home Minister regarding the gang-rape incident…” the Chief Minister Basavaraj Bommai said, adding, “I have directed the officials to pursue the matter seriously and update me on the developments.”

Later, the Home Minister withdrew his “rape” comment after he was instructed by the Chief Minister.

Karnataka Congress chief DK Sivakumar also came out swinging, attacking the minister for “using the word ‘rape’ very lightly…” and then taking a low blow, adding, “… it seems he likes that word”.

“Home Minister… you have the onus of protecting the state. Are you not ashamed of making such a shabby remark?” Mr Sivakumar said, in response to the “should not have gone there” remark.

Four days after the horrific assault on a 22-year-old MBA student and her friend, and with anger against the state government spiralling, police have yet to record a statement.

None of her attackers have been arrested, and the police have very few leads to pursue.

The Home Minister told reporters the young woman – who hails from Maharashtra – is “in shock” and that police “are trying to trace the accused”.

The woman had gone with her classmate to Chamundi Hills, a popular spot on the outskirts of Mysuru, at 7.30 pm on Tuesday. Every day, hundreds visit the site, which also has a temple.

A group of men, allegedly drinking, saw the couple go into the forests and followed them.

The horror that followed landed the two students in hospital about six hours later.

The men – there were six, according to the police — surrounded the couple and demanded money.

When they refused, the men beat the woman’s boyfriend. Two of the men allegedly raped the woman, leaving her with severe injuries.

MS Dhoni hit some huge sixes in CSK's practice game ahead of IPL 2021 resumption.© InstagramCricket fans across the world were treated to...
Read more