Home Top Stories Opinion: That Lord's Masterpiece - And How Kohli's Men Made It Their...
Top Stories

Opinion: That Lord’s Masterpiece – And How Kohli’s Men Made It Their Own

Pity poor Aamir Khan – no one will watch Lagaan again. I have the last day of the Test on video. I’ll never record over it. It’s twice as long as the movie, features a better class of English villain, stages a return from the dead that Bollywood might blench at, is lit by genius camerawork (that image of Bumrah, top right of frame, lifting off as Anderson falls…) and best of all, it’s shot on location. At Lord’s. In the bowels of India’s deep state, there are moves afoot to shift next year’s Independence Day to 16 August; Kumara Sangakkara, MCC’s President, has been sounded out about leasing Lord’s’ balcony for the Lal Qila speech.

I’ve never seen a batting side as paralysed by fright as the English line-up in the 60 overs that Kohli set them. As they crept into bat, one by one, they seemed haunted by the knowledge that they had made the mistake of entering Virat Kohli’s Reality Distortion Field; in that freestyle akhara, there was only ever going to be one winner. Root and Co. forgot that the English talent for gamesmanship proceeds by indirection: the sotto voce sledge, the inaudible slur, scattered jellybeans. Full frontal confrontation is not Root’s thing…but it is Kohli’s. Batting-wise, Kohli was a candle to Root’s sun in this Test, so he wasn’t the hero of this match, but he was its evil genius, its grinning, whooping Mephistopheles. 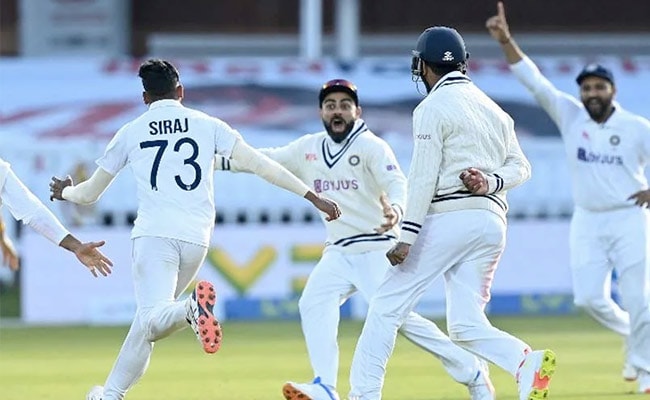 It’s not clear if Bumrah’s extended over of assault and battery was ordered by Kohli or was the bowler’s own idea, but whichever it was, it was a thing of beauty and it turned the match. Over the years, Jimmy Anderson’s studied grumpiness has passed as a great fast bowler’s professional persona. But after Bumrah worked him over, it turned out that Anderson’s sour affect was literally the face of a curdled entitlement. James Anderson, England’s veteran seam-bowling daddy, who has been around the block one hundred and sixty-four times, apparently believes that cricket’s pope has granted him, in this helmeted age, a personal exemption against the short-pitched ball. When Jasprit Bumrah, the kindest of men, walked by at the end of England’s first innings, with a no-hard-feelings smile, Anderson, swelling with petulance, gave him an earful. This was, if you like, Anderson’s personal epigraph for this match’s storming end.

The Boy’s Own Paper heroics began when Bumrah walked out to bat at the fall of Ishant Sharma’s wicket. Rishabh Pant, who had been nominated to blitz a teetering India towards a defensible total, had been nicked off already by Ollie Robinson, England’s penitent yob. As Bumrah walked in, it looked as if the match was lost: India was a mere 182 in front with nearly a whole day’s play in prospect. What followed was unlovely and pathetic and then, for desis, magnificent. 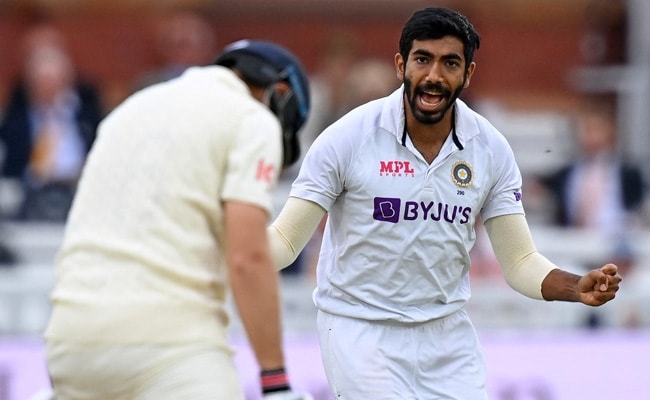 Buttler, Root and Wood took it in turns to menace a fast bowler with an average of 3. Anderson, who had barely begun a spell, was taken off so that Wood, England’s fastest, could put the frighteners on Bumrah. Turned out, he couldn’t. Beamers apart, there’s no good or bad form to scaring a batsman out; it’s clever if it works, if it doesn’t, not so much. Bumrah wore a couple on his helmet, there were more words exchanged, Root was glimpsed walking out of shot, grinning, Anderson lurked in anticipation, like an old lag who had hired a young heavy to touch up his mark, but it didn’t work.

And it didn’t work because Root didn’t have the courage of his bounce-them-out convictions. The English team, 182 behind, were scared of chasing too many more. There was a clue to this the previous evening, when Root forced the umpires to stop play for bad light by asking to take the new ball. He didn’t want to run the risk of giving runs away by bowling himself and Moeen Ali. So when he sic-ed Wood on Bumrah and Shami with barely a slip, no short-leg and everyone on the boundary line, he wanted in this weak, wishful way to hurt them and catch them off a hoicked edge in the deep. Instead of keeping his fielders up and getting Anderson and Robinson and Wood to pitch up so that the standard ways of getting rid of tail-enders – bowled, lbw and caught in slips – remained in play, he lost his nerve, spread the field and tried to maim them frugally. 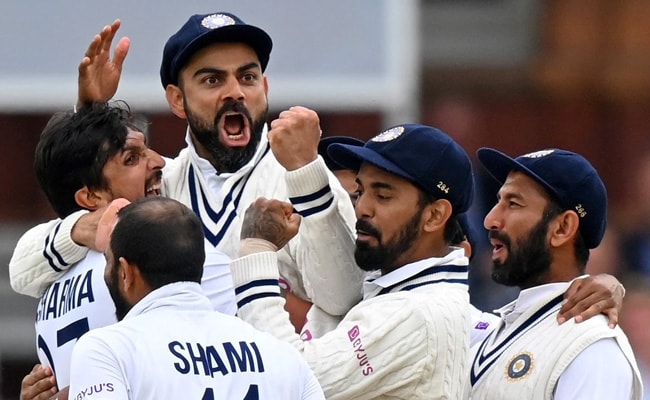 He failed because Bumrah and Shami were tailenders but they were up for a fight, not rabbits who cried foul after one testing over. He failed because he and Anderson, great professional players with more than 270 Tests between them, played like thin-skinned amateurs and had their heads handed to them by a fired-up team that had no time for their nakhras. There was an immortal moment during India’s second innings when Bumrah walked up to Buttler and other English fielders and said pointedly that he wasn’t the one who asked bowlers to bowl slower.

With bat and ball, the last day belonged to India’s seamers. They routed the English. For the three balls Anderson faced, he looked shellshocked by Bumrah’s first innings’ ministrations and leaden-footed with fright. Root, when he appeared for the mandatory post-match interview, was ashen, because he knew that they hadn’t just lost, they had lost it.

Mukul Kesavan is a writer based in Delhi. His most recent book is ‘Homeless on Google Earth’ (Permanent Black, 2013).

<!-- -->AAP spokesperson Raghav Chadha said issues of Punjab were put on the back burner.New Delhi, Chandigarh: Governance in Punjab has been the...
Read more

Virat Kohli has backed his RCB teammates from Sri Lanka to do well in IPL 2021.© AFPWanindu Hasaranga and Dushmantha Chameera could play...
Read more
Load more