Politicians Scramble To Their Feet As Rat Enters Parliament In Spain 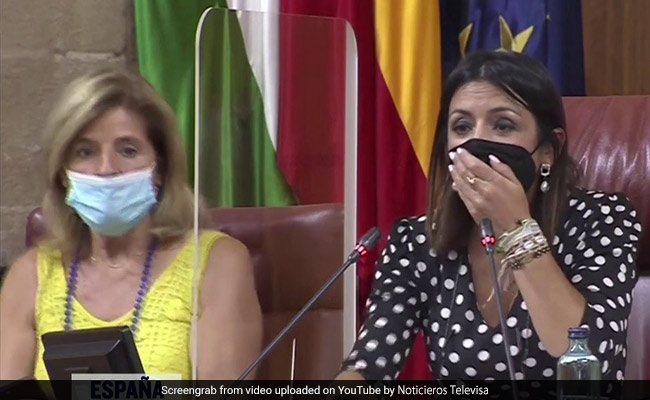 Regional speaker Marta Bosquet was mid-sentence when she noticed the rat.

Parliament proceedings in Andalusia, Spain, descended into chaos Wednesday when a rat entered the hall as members were about to cast their vote on an important issue. Footage that has gone viral online shows the speaker of the house gasping in shock on catching sight of the rodent, even as other politicians jumped to their feet and scrambled to get away from it.

According to news website T13, the Andalusian Parliament was forced to temporarily suspend their session after the rat sneaked into the room while members of the parliament were about to start the vote to designate Susana Diaz as senator.

Regional speaker Marta Bosquet was mid-sentence when she noticed the rat. She shrieked, bringing her hand to her mask-covered mouth and startling the person sitting next to her. The camera then panned to show one politician running away as others cleared the area where the offending creature had been spotted.

Watch the video below:

According to ABC Andalusia, members tried to corner the rat for several minutes as the parliament session dissolved into mayhem.

Juan Marin, the vice president of the organisation, was finally able to capture the rat and removed it from the room amid laughter from colleagues.

The video, meanwhile, has generated much amusement on social media, where it has been watched thousands of times. What do you think? Let us know using the comments section.