“Rafale Landed In India, Rahul-ji Not Able To Take Off”: Rajnath Singh 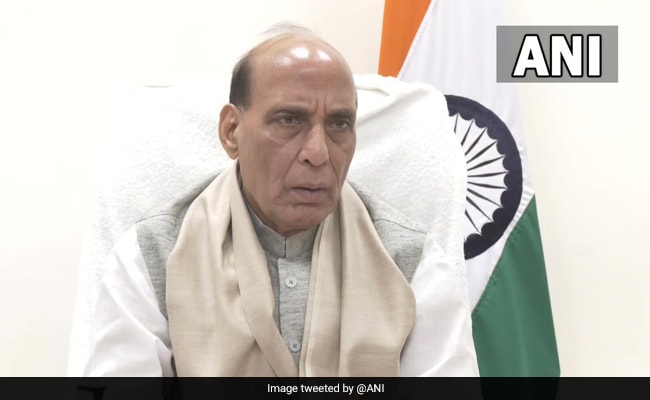 Rajnath Singh said, “One should spend his energy and time on Rahul Gandhi only up to a point”.

Union defence minister Rajnah Singh launched an attack on Congress’s Rahul Gandhi today, saying he has been unable to “take off”. The attack came a day after Mr Gandhi spearheaded the Congress charge against the government over the petro price hike.

Citing the Rafale fighter jet, one of the biggest issues on which the Congress has repeatedly attacked the government, Mr Singh said: “Congress and Rahul Gandhi made an unnecessary issue over Rafale. What was the result? Raphael got ready in France. Rafale even landed in India. But Rahul-ji still has not been able to ‘take off’.”

“One should spend his energy and time on Rahul Gandhi only up to a point. As a political activist, we should respect our opponents but spend our energy and time on them only to a limited extent,” he further said while speaking at an internal meeting of the Gujarat BJP working committee.

The minister also referred to the recently concluded monsoon session of parliament, marred by opposition protests over farm laws and the Pegasus spyware issue.

“There is nothing wrong with protesting in a democracy. But an attempt is being made to protest for the sake of protest. An entire session of Parliament was not allowed to function properly,”Rajnath Singh said.

The BJP had dismissed Mr Gandhi’s accusations yesterday as “falsities” and “lies”. “Those who ran a government of CNP — corruption, nepotism and policy paralysis — are trying to spread falsity about India’s GDP,” BJP spokesman Sambit Patra had said, referring Mr Gandhi’s comment explaining GDP (Gross Domestic Product) as the rise of “gas, diesel and petrol prices”.