The Amaze has been Honda’s largest selling product in the market for a while. More than 4.5 lakh units of the car have been sold till date since it first launched in the market. The Japanese car maker introduced a brand-new gen of the subcompact sedan in India in 2018 and now it has been given a mid-life facelift. It comes with its fair share of changes on the outside and a few on the inside as well, while the engine options remain unchanged. 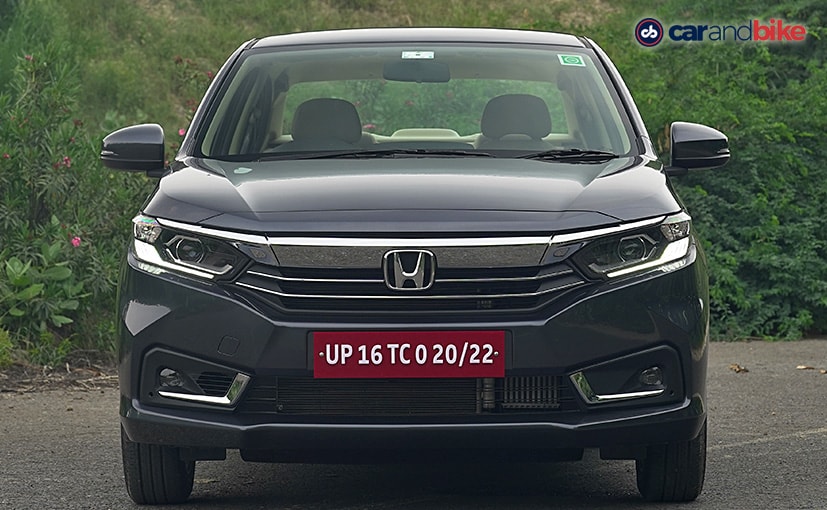 The face gets a revised grille along with LED projector headlamps.

When compared to the earlier car, the face of the new Amaze has gone in for a complete makeover. The revised grille gets two new slim horizontal slats and now the Amaze which makes it look more a part of the Honda family. The car also gets LED projector lamps for the first time and the pattern of LED daytime running lamps is very appealing. LED fog lamps also make their presence felt and are surrounded by a chrome garnish. Overall the face definitely looks more premium than before. 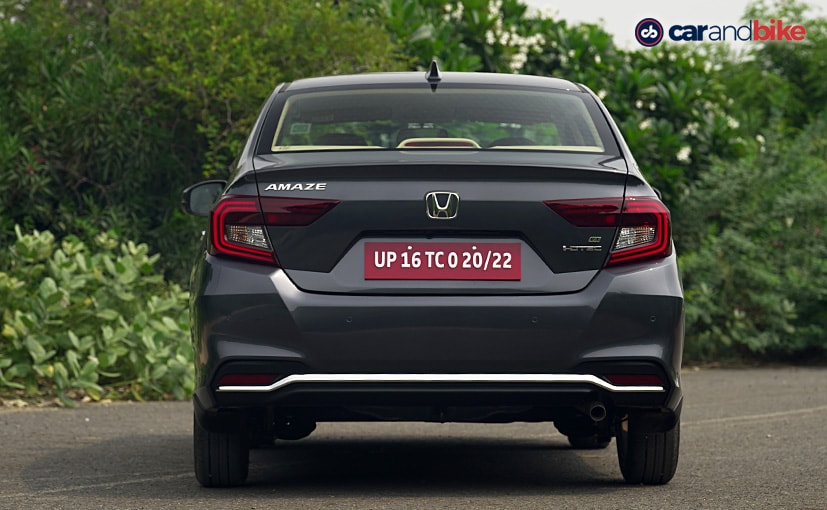 The profile too sees some changes including the new dual tone 15 inch diamond cut alloy wheels. The door handles now get chrome but both of these features are only available on the top of the line VX trim. On the rear, the C-shaped tail lamps now get LEDs along with a chrome strip on the bumper. In all you can choose from 5 colours on the car including the newly introduced Meteoroid grey. 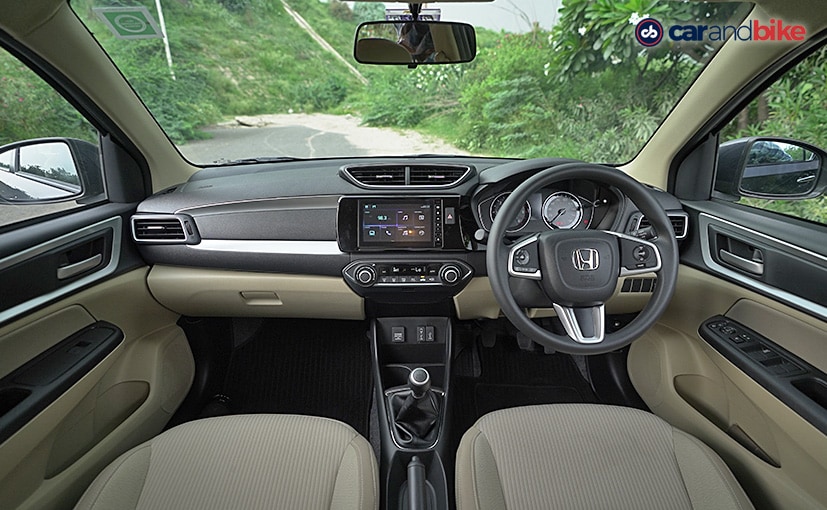 A new silver garnish makes the cabin of the Amaze look more premium.

In the cabin, a new silver garnish on the steering wheel and the dashboard welcomes you. A new stitching pattern on the upholstery is also present and the front map lamps are new too. The gear lever now gets a leather boot. The rest of the cabin pretty much remains the same which includes the 7.0 inch digipad 2.0 touch screen infotainment system which is compatible with Apple carPlay and Android auto. When it comes to clarity or response, it is not the best in the segment, but still does a decent job. The instrument cluster remains largely analog with a small multi information display in the centre, but it looks quite premium. Ergonomically too the cabin scores well with many storage options.  The bucket seats on the front row offer good comfort.

Also Read: 2021 Honda Amaze Facelift: All You Need To Know 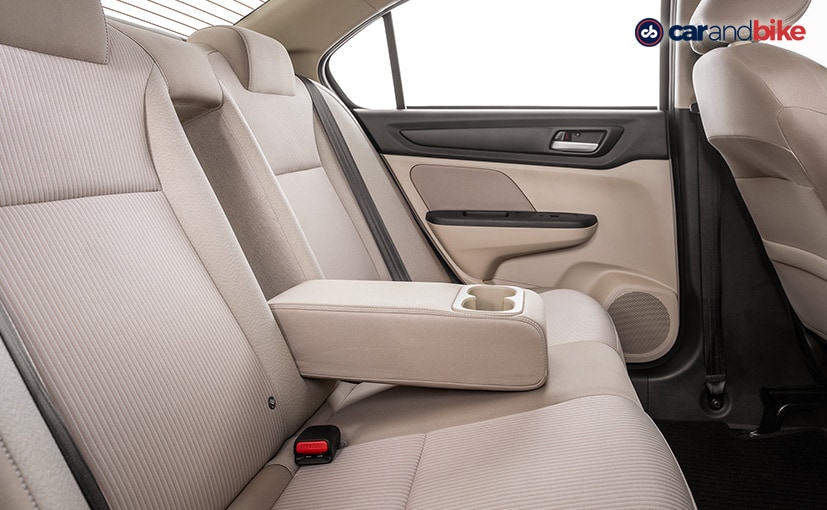 The 2nd row gets an armrest but adjustable headrests are still missing.

Automatic climate control, start/stop button, rear parking camera and voice commands are available only in the most expensive VX trim while satin silver finish, height adjustable drivers seat and steering mounted controls for audio are missing only from the base E trim. However, the Amaze is still not a connected car and there’s no Alexa remote capability here like the new gen city. The rear seat of the Amaze has always impressed when it comes to space. The armrest adds to comfort but there are still no AC vents here and that’s a big miss I feel. The boot space is unchanged at 420 litres. 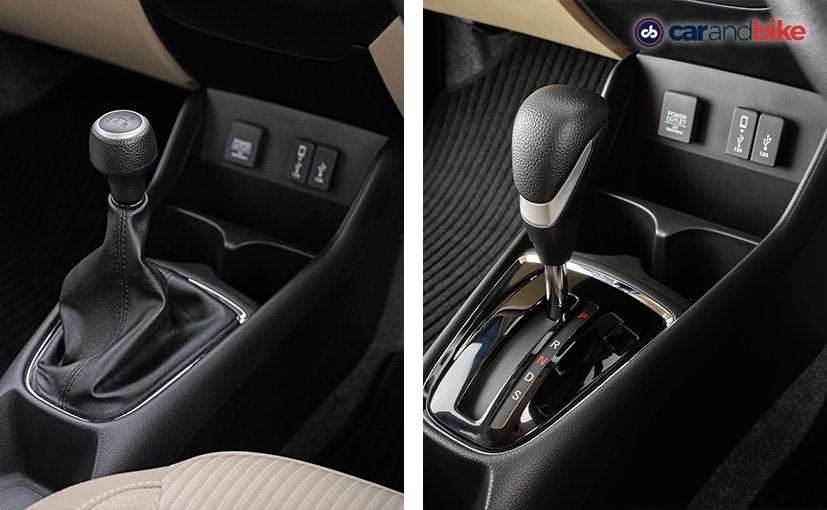 Both Petrol and Diesel engines of the Amaze come with manual and CVT options.

Honda is continuing to offer the car with both petrol and diesel engines and both get manual and CVT options. I got to drive the 5-speed Diesel manual where the 1,498 cc 4-cylinder motor makes 99 bhp   @ 3,600 rpm and 200 Nm @ 1,750 rpm. This is the is the most powerful version of the car, as on the CVT the same engine offers 79 bhp and 160 Nm. So when it comes to getting a responsive drive, this is the best that this car can offer.  Even when it comes to when it comes to fuel efficiency, this Diesel manual is the best as it gives close to  24.7 kmpl; on the CVT the figure comes fdown to 21.0 kmpl which still is quite decent. 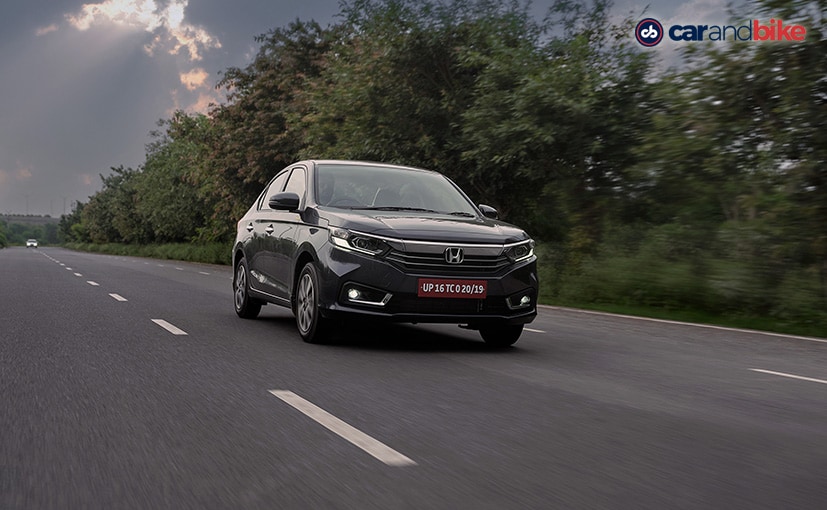 The diesel manual is the most powerful and fuel economical version of the car.

So clearly in times of high petrol prices, the diesel CVT is aimed to provide you a hassle-free drive in the urban chaos. However, the company could’ve also offered it with mid S trim as the VX trim makes it quite expensive to own. Honda has made rapid improvements when it comes to NVH levels on this diesel but there’s still some way to go. 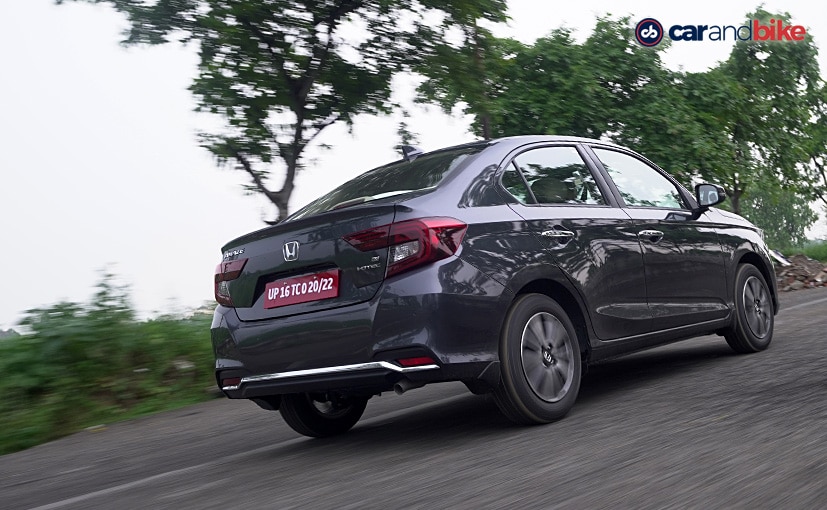 Cruise control is offered with only manual variants of the Amaze.

The 1.2 litre 4-cylinder petrol on the other hand makes 89 bhp @ 6,000 rpm both on the Manual as well as CVT while the torque figure stands at 110 Nm @ 4,800 rpm. Here, Honda claims 18.6 kmpl on the manual 18.3 kmpl on the CVT. Unlike the diesel, the petrol CVT gets paddle shifts to offer a more engaging drive. Cruise control meanwhile is only being offered with the manual variants of the car. 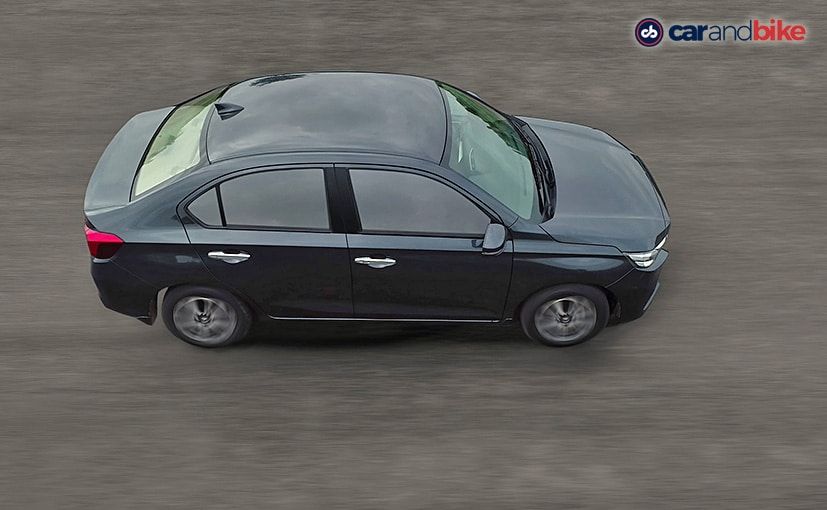 Diesel CVT is available only with the top-of-the-line VX trim.

In terms of dynamics things pretty much remain the same and the Amaze continues to offer a good mix of ride and handling. It is able to offer a decent ride quality and unless the bumps are too sharp the occupants of the cabin are not really bothered by uneven surfaces. High speed stability is good too and this design has always aided in good handling. For safety, the Amaze gets dual airbags, ABS with EBD and ISOFIX child seat mounts as standard. 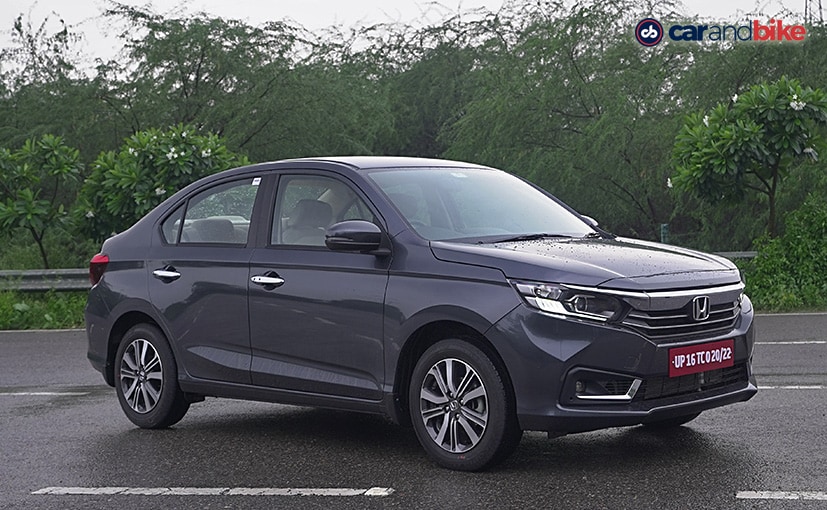 The Amaze comes at a slight premium when compared to its rivals.

Honda has launched the Amaze facelift starting at ₹ 6.32 lakh for the base Petrol while the top Petrol CVT is priced at Rs, 9.05 lakh, all prices ex showroom. The Diesel range starts at ₹ 8.66 lakh for the manual and the lone CVT will set you back by ₹ 11.50 lakh. The two main rivals of the Amaze are the Maruti Dzire and Hyundai Aura. The former just comes with Petrol variants which are priced between ₹ 5.98 lakh and ₹ 9.02 lakh. The Aura Petrol ranges from ₹ 5.99 lakh to ₹ 8.72 lakh while the Diesel is priced between ₹ 7.91 and ₹ 9.36 lakh. 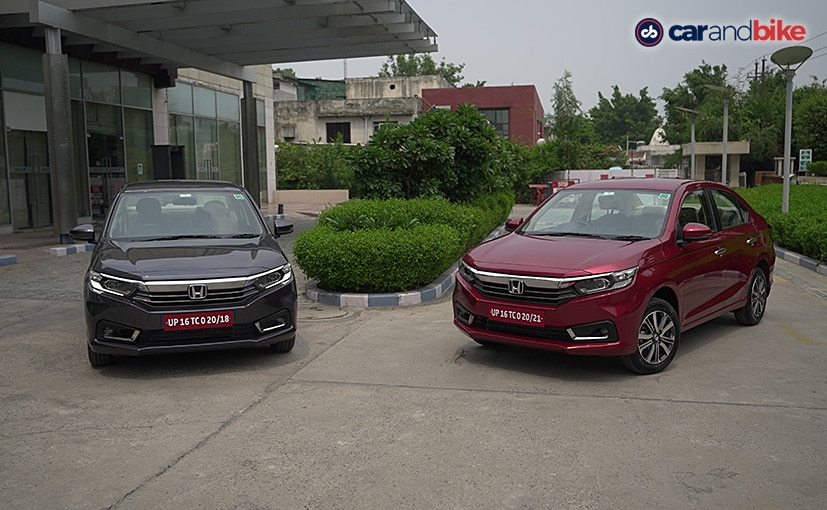 Amaze is Honda’s highest selling car in the market.

Compared to its rivals the Amaze still comes at a premium which in a price sensitive segment is not ideal. Overall though a well-proportioned car has become better with a more likeable exterior and a cabin that feels more premium. It has managed to create a space of its own in this competitive segment and the facelift looks set to carry forward the success story.