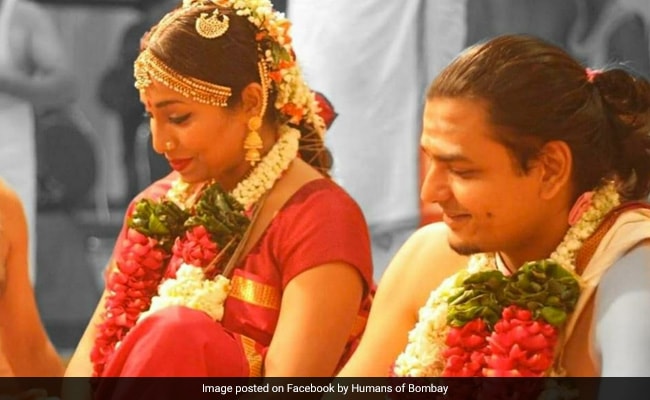 Mumbai-based radio jockey Rohini Ramnathan has opened up about dealing with her husband’s sudden death after four years of marriage. In an interview with Humans of Bombay, Ms Ramnathan said that she went through multiple stages of grief – shock, anger, numbness – after learning of her husband Kaushik’s death four years ago. She drowned herself in work and sough therapy for her mental health. It was months before she began to feel like herself again, she says.

“I met Kaushik through common friends,” Ms Ramnathan recalls in her interview. “Being an RJ, I loved storytelling while he was a writer; we hit it off.”

The two started spending more and more time together after their first meeting and eventually started dating. After three years of dating, Kaushik proposed – much to Ms Ramnathan’s delight. “We were that couple who’d complete each other’s sentences. And so, after three years he asked me to marry him, I said ‘yes’!” she says.

The next four years were happy ones for the couple, who travelled, kissed under the Eiffel Tower and “lived in love”.

“We’d often dream of relocating to New York- it was his favourite city. But four years after we got married, Kaushik passed away… It was so sudden,” says Ms Ramnathan.

The sudden loss of her husband left her reeling. “I felt so many emotions-shock, anger and then went numb. I wanted to block everything,” she says. After 14 days, she drowned herself in work and resumed shooting – though she was often subjected to mean-spirited remarks from people wondering how she was up and about so soon after her husband’s death.

“But while I was putting on a tough exterior during the day, every night I’d break down,” says Ms Ramnathan.

This pattern continued for 10 months before she sought therapy. “It took months before I started feeling like myself again,” the RJ says.

But even then, moving forward was not easy. Ms Ramnathan says that simple things – like picking out a couch – became hard. ” And every time I filled out a form, I had to be conscious about choosing ‘single’ instead of ‘married’,” she adds.

The toughest time for her, she says, was in New York. She visited the city to understand why Kaushik had loved it so much – but being there was “living the future we could never have.”

“I hated it,” she says. “But it was also important because being there made me embrace my emotions. Slowly, I started putting myself first; I knew Kaushik would have wanted that.”

Over time, she began to find him in little things – like his favourite dish, rasam chawal, or when she cracked a joke she knew he would have liked.

“It’s been four years since he left us, but even today, if I’m stuck, I think about what he’d say and do exactly that,” says Ms Ramnathan. “We couldn’t have a forever but in our 7 years together, Kaushik gave me memories to last a lifetime. And they’ll keep me going until the day I meet him again,” she concludes.

“You have always been an extraordinary human being and an inspiration to so many. I don’t think one ever stops grieving the loss of a loved one but you have kept Kaushik alive within you,” wrote one commenter.

“So beautiful and emotional, got tears in my eyes. Stay strong,” another said.

<!-- -->Devotees will have the option to pray in Tamil in temples in Tamil Nadu. (File)In 47 temples of Tamil Nadu, devotees will...
Read more
Latest Stories