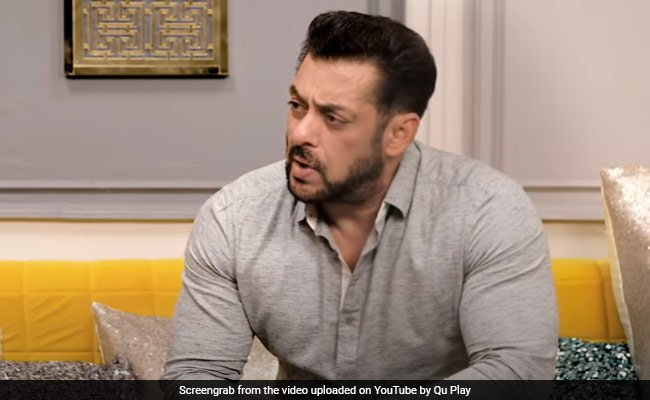 Salman Khan in a still from the show (courtesy YouTube)

Salman Khan recently joined his brother Abraaz Khan on an episode of his talk show Pinch. Arbaaz Khan, who hosts the show, shared snippets from the episode featuring Salman Khan, in which the two address the issue of online trolling and the dark side of social media. In the teaser, Arbaaz can be seen reading out some comments directed at the 55-year-old actor, to which he has typically Salman Khan reactions. Salman Khan also responded to a troll, who accused him of delivering mediocre performances and leading a “well settled” life owing to his box office successes, and also asked him for a refund of sorts: “I want my money back”. Here’s how Salman Khan reacted: “Paisa nahi churaya hai, shayad dil churaye honge (Haven’t stolen money, but perhaps have stolen hearts).”

Salman Khan had a hilarious response when asked to name that one actor who always finds himself being dragged in controversies. Salman promptly took his own name and said because of him, his brothers Arbaaz and Sohail, sisters Arpita and Alvira, and their father Salim Khan too get involved in controversial rows.

Watch the teaser of Salman Khan’s episode of Pinch here:

In terms of work, Salman Khan was last seen Radhe, which released earlier this year. The Tiger Zinda Hai sequel is his upcoming movie, in which he reunites with Katrina Kaif on screen.

<!-- -->A file photo of Lokendra Singh. (courtesy cine_rocks)Highlights"I developed gangrene," said the actor "It began when I developed a corn in...
Read more
Trending News

<!-- -->Sussanne Khan in a still from the video. (Image courtesy: suzkr)HighlightsSussanne posted a video of herself working out on Tuesday "Motivate,...
Read more