Search Continues For 2 Indian-Origin Persons Missing After US Floods 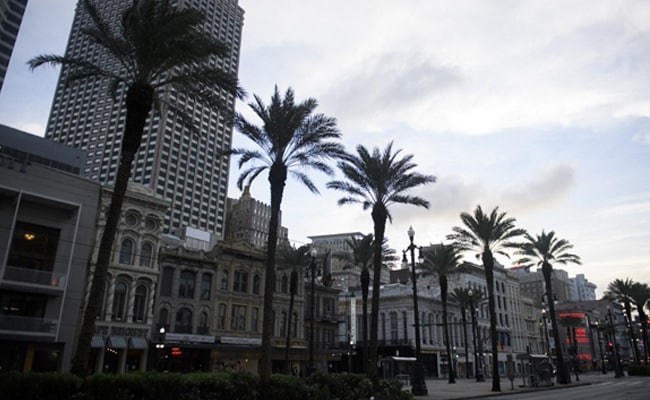 Authorities in New Jersey are searching with the help of drones and boats.

Authorities in New Jersey are searching with the help of drones and boats for two missing young Indian-origin persons in the massive floods caused by Hurricane Ida, which has killed over 40 people in the US, officials said.

Hurricane Ida, which made landfall on August 29 in Port Fourchon, Louisiana, is the second-most destructive hurricane to hit the southeastern state on record, only after Hurricane Katrina in 2005.

Nidhi Rana, 18, and Ayush Rana, 21, “were last seen Wednesday evening when Ayush’s car was caught in the floodwaters”, a report in northjersey.com said.

Search for the pair continued Sunday as Passaic firefighters continued their search along the Passaic River for the two.

“We are currently operating with two boats on the water and three drones operating from state police,” Passaic Fire Chief Pat Trentacost was quoted as saying in the report.

The report added that on Friday, “rescue workers searched the culvert where McDonald’s Brook leads toward the Passaic River and where witnesses said the pair were swept into the waterways under the city.”

A total of five boats from the Sheriff’s Department, Passaic, Clifton, Hawthorne and Ringwood departments are being used to scour the area and look for the youngsters.

Trentacost said, “rescue workers are also concentrating on the banks and the area where the culvert empties into the river.”

A report in patch.com said that 31-year-old Dhanush Reddy from Edison died last week after being swept into a 36-inch storm sewer pipe in South Plainfield.

The report added that South Plainfield Police, Middlesex County Water Rescue Team and Piscataway Police arrived at the scene where police were assisting motorists in the area of Hadley and Stelton Road and heard cries for help. Authorities said two men were swept into the pipe, which goes from South Plainfield to Piscataway.

While one of the men was rescued, the other could not be located and authorities found Reddy’s body in a wooded area a few miles away the day after he drowned.

“Many of the flood’s victims lived in basement apartments, some of which were subterranean dwellings carved out illegally from larger homes and may have lacked the emergency egress required of legitimate apartments. Comparatively low-cost living spaces, they are a refuge of thousands of the city’s poor, even as they are known to be firetraps,” a report in The New York Times said.

“Overnight, the basements became traps of water,” it added.

The NYT report added that the Ramskriets, a family of four, were in their Queens home when flood water reached their ankles. As they tried to get their things, “they heard a collapse and a gush of water shoved them through the pitch-black apartment as the walls caved in.”

The flood swept the elderly Dameshwar Ramskriets across the home as he clutched for the hand of his wife Tara. “I tried to hold on to my wife, and she was trying to hold on to me,” he said on Thursday, the NYT said. “But the water pushed me away and I couldn’t feel her hand anymore.”

Ramskriet and their 22-year-old son named Nick both drowned.

At 9:30 p.m. Wednesday, Mingma Sherpa, who lived in a basement apartment in Queens with her husband and toddler son, frantically called her upstairs neighbour for help.

Malathi Kanche, 46, a software designer who emigrated from India, was swept by the floodwaters in Bridgewater New Jersey as she and her 15-year old daughter clung to a tree after leaving their car that got stuck in the floodwaters. Then the tree gave way, and “the water took her,” a report in the NYT said, referring to Kanche.

A Nepali family who lived in a basement apartment in Queens also died as the storm waters inundated their apartment, leaving them trapped inside.

Mingma Sherpa had frantically called her neighbour Choi Sledge who lived upstairs for help, saying “The water is coming in right now.”

“Get out! Get to the third floor!” Sledge had told Sherpa.

The NYT report said that the family did not come upstairs. Sledge called them again and in the brief call, Sherpa told her “The water coming in from the window.”

Sherpa, her husband, Lobsang Lama, and their little boy named Ang all drowned in the storm.

<!-- -->Raj Kundra walked out of the prison after 11.30 am todayMumbai: A local court, while granting bail to businessman Raj Kundra, a...
Read more
Latest Stories

<!-- -->The REET will be conducted after almost three years in RajasthanJaipur: The Rajasthan government has declared services of Rajasthan Board of Secondary...
Read more