Smriti Irani Is Devouring Some Delicious Choorma Laddoos, And It Will Surely Make You Drool

Monsoon often dictates our food mood. From craving hot deep-fried pakoras to something sweet and delicious, food cravings in this season range from savoury to sweet to spicy and tangy. Indulging her sweet tooth in this rainy season is none other than Union minister Smriti Irani. She posted a boomerang of a box full of tasty homemade choorma laddoos made by her sister-in-law for her. Choorma laddoos are an Indian delicacy made by deep-frying balls of wheat flour in ghee and then grinding them into a coarse powder called choorma. The choorma is then mixed with jaggery or sugar and rolled into balls called laddoos.

This desi mithai is eaten during Ganesh Chaturthi and is a popular delicacy in the states of Gujarat, Rajasthan, and Maharashtra.

Smriti Irani is certainly a foodie. Earlier, the union minister had posted pictures of a scrumptious meal that she enjoyed with her family on her social media account. Guess who the chef was? It was none other than Smriti Irani’s daughter, Zoish Irani. Like any parent would, Smriti Irani proudly showed off her daughter’s culinary skills with pictures of the tasty spread that included a bowl of dim sums topped with chili oil, a vegetable pizza, and crispy potatoes covered in a sauce. Read more about it here.

Have Smriti Irani’s sweet treat of choorma laddoos left you with an urge to roll some laddoos too? Well, we have a list of sumptuous ladoo recipes to satisfy your cravings.

One of the most popular Indian sweets, besan ke laddoo is a favourite in most households. Here is a simple recipe that is sugar-free and very tasty. 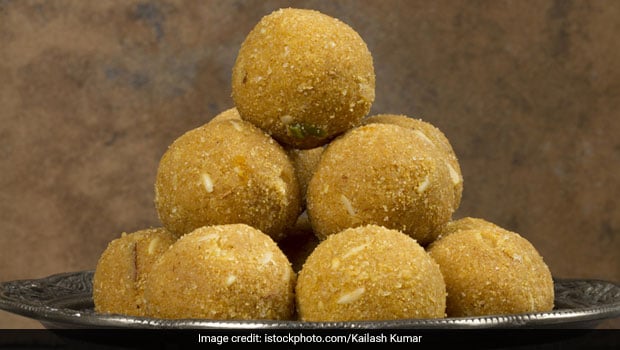 If you thought laddoos were only a dessert, think again. These dates and nuts laddoos are super nutritious and rich in protein. The best part about this recipe is that you can make it and store it in an air-tight container for months.

Also Read: Smriti Irani’s Daughter Prepared These Delectable Dishes And It Will Make You Drool

This healthy and delicious dish is made using semolina or rava. This quick and easy recipe also uses a blend of dry fruits that add a nice crispy crunch to the otherwise soft laddoos.

This mellow flavoured mithai is a treat for any and every occasion. Packed with the goodness of sweet coconut, this recipe also uses condensed milk and crunchy cashew nuts. 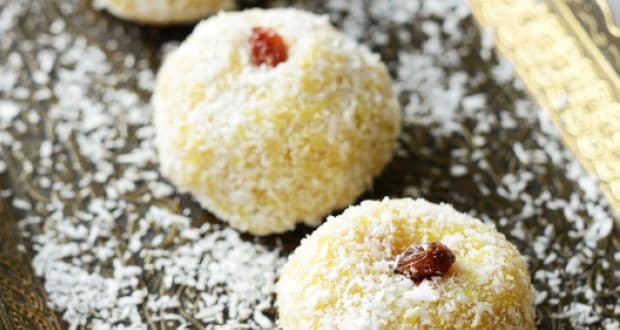 Indulge your sweet cravings with these yummy laddoos just like Smriti Irani.

Weekend Special: How To Make Restaurant-Style Murgh Musallam At Home

The weekend is here and we finally have all the time to lay back, enjoy and relax. From munching on popcorn and catching...
Read more
Health & Fitness

The importance of staying hydrated has been emphasised several times over the years. The benefits of consuming water have been repeated since times...
Read more
Health & Fitness

American singer Nick Jonas celebrated his 29th birthday on September 16, and the pictures incoming will make you drool beyond limits. The singer...
Read more

Google is reportedly looking to add free TV channels to its Google TV platform in the near future. Google TV is an Android-based...
Read more

Google is reportedly looking to add free TV channels to its Google TV platform in the near future. Google TV is an Android-based...
Read more