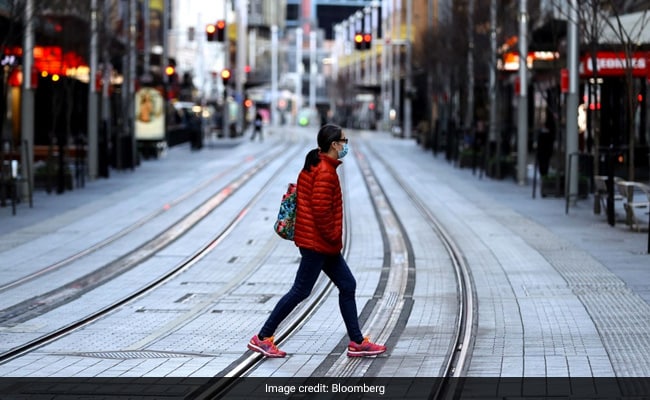 The restrictions began on June 26, when 12 new cases were recorded in the local community.

Sydney’s delta-outbreak cases have reached a new peak even as the Australian city nears the end of its fifth week under strict stay-at-home orders, triggering authorities to implement further restrictions and penalties to enforce compliance.

New South Wales, Australia’s biggest state economy, recorded 239 new cases Thursday — the highest tally since this outbreak started in Sydney in mid-June and up from 177 the day before. At least 70 cases were active in the community while infectious, concerning health officials that the delta-variant of the coronavirus may further spread in the city of almost 6 million people. 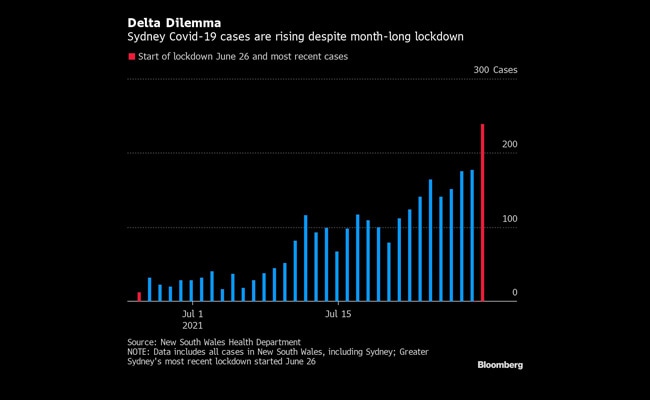 “Based on those numbers, we can only assume that things are likely to get worse before they get better,” New South Wales state Premier Gladys Berejiklian told reporters on Thursday. Two more people had died, she said.

Berejikian said mask-wearing in public would be mandated for the city’s worst-hit areas, with penalties increased from a A$200 ($147) fine to A$500. Stricter travel restrictions will be implemented, and thousands of additional police officers are being tasked with ensuring compliance.

On Wednesday, Berejiklian confirmed the city’s lockdown will be implemented for at least nine weeks, after being extended for a third time until August 28. The restrictions began on June 26, when 12 new cases were recorded in the local community. The city’s outbreak has since swelled — fueled by the spread of the highly-contagious delta variant — with nearly 3,000 cases reported since mid-June.

With No Plan B, Australia’s Covid Zero Strategy Hits Limit

The outbreak is highlighting the problems with Australia’s so-called Covid Zero strategy to keep the virus out of local communities amid a tardy vaccine roll-out, which has been hit by supply-chain hold-ups from contracted drug-makers. Political rivals also say that Prime Minister Scott Morrison failed to secure enough doses from a wide-enough range of suppliers.

Earlier in July, Morrison said state and territory leaders had agreed to map out a pathway to switch from virus suppression to focus on reducing the risk of serious illness and hospitalization, depending on high vaccination rates that are yet to be determined.

While the National Cabinet will meet Friday to again discuss the nation’s exit strategy from Covid Zero, Morrison has indicated he’s unlikely to announce the vaccination targets needed to start opening back up for several weeks.

In the meantime, his conservative government is spending about A$750 million a week on support for businesses and workers in New South Wales, and some economists are forecasting the Sydney lockdown will trigger an economic contraction in the third quarter.

<!-- -->Some e,bassies have even broken contact with the Taliban government. (Representational)Kabul: After a month has passed since the fall of the Republic...
Read more
Latest Stories

<!-- -->It was the biggest such gathering since the start of the pandemic, media said. (Representational)Madrid, Spain: Around 25,000 people joined a massive...
Read more