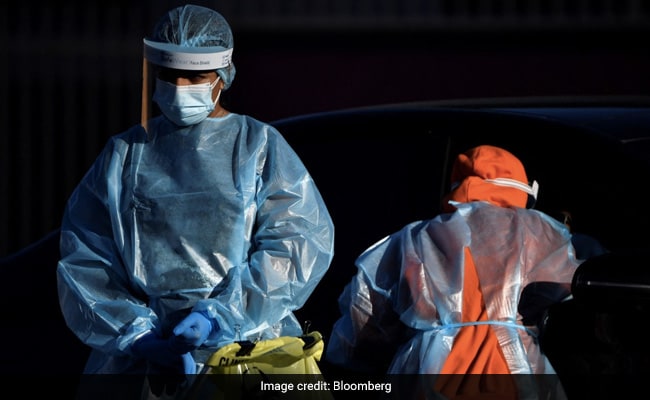 Sydney reported a record number of new daily delta variant cases on Thursday, with authorities to enforce stay-at-home orders beyond Australia’s largest city as Covid-19 spreads north into other regions.

With No Plan B, Australia’s Covid Zero Strategy Hits Limit

“Every jurisdiction around the world is finding delta challenging,” Berejiklian said. “We can try and eliminate it but we know the vaccine is critical to stopping the spread.” 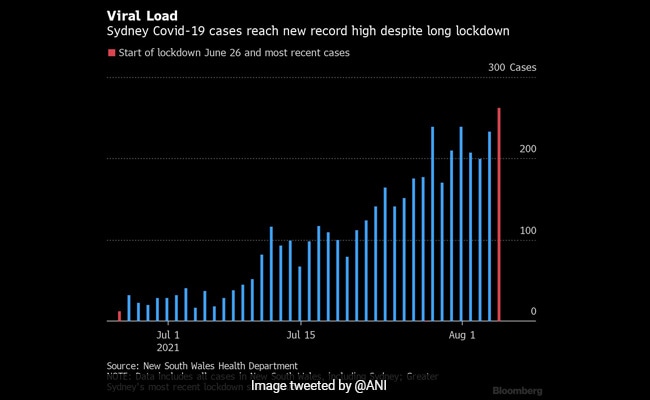 The outbreak’s spread means the Hunter Valley region — including Newcastle, a city of around 500,000 people — will be placed into a one-week lockdown later Thursday. Sydney’s stay-at-home orders will last until at least August 28, with authorities struggling to contain the highly contagious variant that leaked into the community in mid-June.

Australia’s federal government said last week the country would begin reopening and start to avoid snap lockdowns once 70% of the entire adult population had been fully vaccinated. Plans to reopen have been hampered by a tardy vaccine roll-out, with only enough doses to cover 25% of the population administered.

Even as other developed economies like the U.S. and U.K. open up, Australia is further isolating after imposing strict border restrictions when the pandemic began early last year.

The slow vaccine drive — which has placed renewed criticism on Prime Minister Scott Morrison ahead of elections due by May — has made it particularly vulnerable to the delta variant, which is increasingly leaking out of the quarantine system for international arrivals.

The lockdowns show the limits of Australia’s so-called “Covid-zero” strategy, which has relied on closed international borders and rigorous testing to eliminate community transmission of the virus. Its economy, particularly the domestic tourism and retail sectors, is increasingly being hit by the outbreaks.

Australia Sticks With Taper Plan Even as Virus Dents Economy

Queensland state recorded 16 new cases in the community on Thursday, and it was unclear whether Brisbane and other regions there would exit lockdown as planned on Sunday. Eleven other infections were detected aboard a LNG tanker off the city of Gladstone, authorities said.

Victoria state, which includes Melbourne, recorded eight new cases from the day before, including three that are so far not linked to previous chains of infection. Australia’s second-largest city has been forced into five lockdowns since the pandemic began.

“The whole rules of how the Covid-19 pandemic is playing out are changing and we need to change along the way,” Victoria Health Minister Martin Foley told reporters. “We started yesterday with no cases and 24 hours later we have at least three unlinked cases. That just goes to show that this pandemic is not over and that the situation we will continue to face is really significant.”

<!-- -->The girls were coming to the hospital to visit their ailing mother (Representational)Panaji: A ward boy of a state-run hospital in Goa...
Read more
Latest Stories

<!-- -->The police have said the question of jurisdiction is being discussed (Representational)Coimbatore, Tamil Nadu: A 26-year-old Flight Lieutenant in the Indian Air...
Read more
Latest Stories

<!-- -->A limited number of aid and passenger flights have been operating from the airport.The Taliban in Afghanistan appealed on Sunday for international...
Read more

<!-- -->Aamir Khan and Kiran Rao with son Azad in MumbaiHighlightsAamir and Kiran were spotted in Mumbai together They were accompanied by son...
Read more

How Ujjayi breathing can be good for your heart, a cardiologist explains | Health

World Heart Day 2021: Stress is one of the primary causes behind heart problems. Being constantly under stress releases hormones which could change...
Read more

Shilpa Shetty is one of the fittest celebrities in Bollywood and is known for her healthy lifestyle. However, there are instances when she...
Read more
Load more

<!-- -->Aamir Khan and Kiran Rao with son Azad in MumbaiHighlightsAamir and Kiran were spotted in Mumbai together They were accompanied by son...
Read more

How Ujjayi breathing can be good for your heart, a cardiologist explains | Health

World Heart Day 2021: Stress is one of the primary causes behind heart problems. Being constantly under stress releases hormones which could change...
Read more