Taliban Won’t Even Let You Pick Up The Dead, Recall Afghans In Delhi 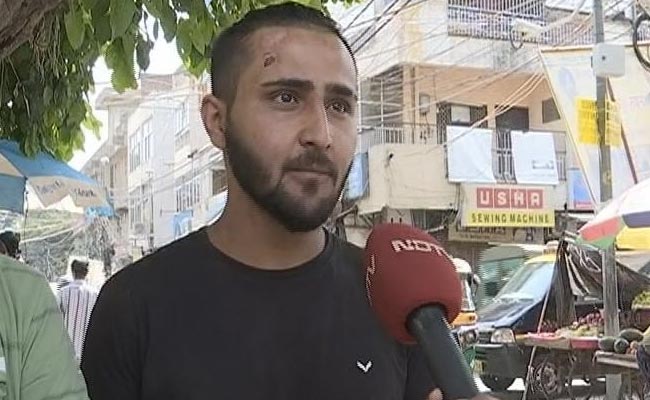 With his wife stranded back home, Ateemeh worries for her safety

As the Taliban take over their country and a grave human tragedy unfolds, the Afghans living in Delhi reel under the uncertainty of the future, especially those who have not been able to contact their families back home.

“It’s as if the police don’t exist anymore in Afghanistan. The Taliban have taken over the country. My wife is stuck there and her phone is not working. I am worried. I last spoke to her two days back when she said the Taliban have not taken over yet. Her mother doesn’t have a passport. They are stuck,” Ateemeh, an Afghan living in Delhi’s Jangpura, told NDTV.

Speaking about the atrocities carried out by the Taliban on the women, he said, “Women are kidnapped. They (the Taliban) keep the women for themselves – they marry them. They rape them. Women are gang-raped. The Taliban are not humans. They are roaming the streets. Nobody can even touch the dead bodies. If anyone does, they shoot them.”

The Afghans in Delhi are disappointed and upset about President Ashraf Ghani fleeing the country as soon as the capital city Kabul fell to the terror group.

“If they are humans, they wouldn’t do this to Afghanistan. Ashraf Ghani is a beghairat – a shameless person. He sold our nation. He ran away. He fled. They need money and he is sitting in Tajikistan,” they told NDTV.

Ashraf Ghani fled Afghanistan on Sunday as the terrorists encircled Kabul, with the Taliban sealing a nationwide military victory that saw all cities fall to them in just 10 days.

Disturbing visuals of mayhem at the Kabul airport emerged on Monday as desperate Afghans tried to leave the country in an attempt to escape another Taliban regime.

Hundreds were seen surrounding a parked aircraft on the tarmac, fighting and pushing to enter the plane from the only ladder connected to the front door.

Many were seen walking around the tarmac and making no effort to find a plane to climb in, a sign that they may have given up any hope of leaving.

The US troops sent back to the country after being pulled out as part of a peace deal with the Taliban, fired shots at the airport into the air to disperse the crowd this morning.

(With inputs from AFP)

<!-- -->Both the accused were in drunken condition when the incident happened: Official (Representational)Hyderabad: A 54-year-old woman was allegedly raped and murdered in...
Read more
Latest Stories

<!-- -->The Chief Minister, in a yellow turban and an all-white outfit, was seen breaking into bhangra on stageNew Punjab Chief Minister Charanjit...
Read more
Load more