The Photographers Of This Virat Kohli-KL Rahul Pic 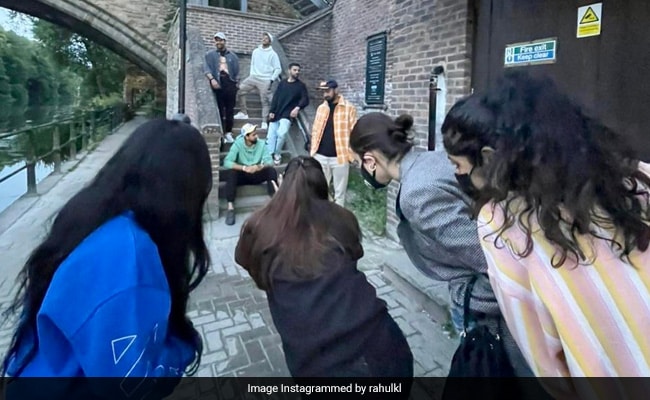 Looks like Virat Kohli and KL Rahul love themselves a good photoshoot and guess who they appointed for the job? The correct answer is their respective partners-in-crime. Team India is currently in England’s Durham, gearing up for the five-match Test Series with England, which will begin on August 4 at the Trent Bridge in Nottingham. Every now and then, KL Rahul shares snippets of his England diaries on Instagram. In a post shared early morning on Friday, KL Rahul shared a photo of himself and Virat Kohli posing in style with their fellow teammates Ishant Sharma, Umesh Yadav and Mayank Agarwal. However, KL Rahul also let the secret out about the OGs behind this awesome shot in his follow-up photo.

Take a look at KL Rahul’s post here and do what he asks: “Swipe right” for the real deal.

Earlier this week, KL Rahul and Athiya Shetty featured in this photo shared by Pratima Singh – it went crazy viral.

Meanwhile, Athiya Shetty and Anushka Sharma have been often sharing snippets of their UK trip on Instagram – the PK actress even assigned credit to Athiya for a few shots.

What do you think of these super fun photos shared by KL Rahul? Tell us in the comments below.