Home Trending News This Pic Of Tillotama Shome Was "Confusing" For Some. Because, Monsoon Wedding
Trending News

This Pic Of Tillotama Shome Was “Confusing” For Some. Because, Monsoon Wedding 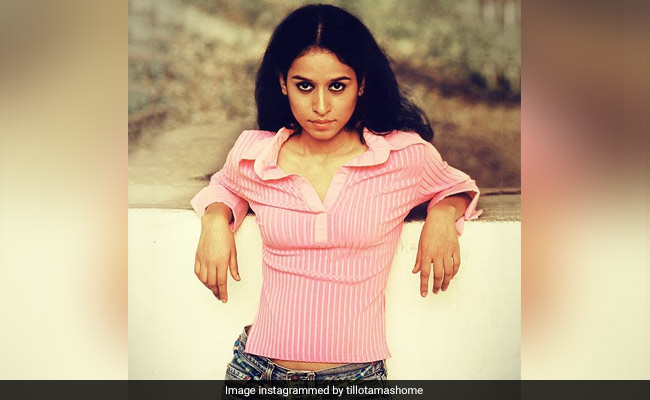 Actress Tillotama Shome was just a college student when she got her first photoshoot done – she recently shared a glimpse of it on her Instagram. “This was my first photo shoot ever in life. Delhi days. Location was the Rail Museum. My photographer friend was more comfortable shooting nature and animals but agreed to do this,” Tillotama captioned her post. Tillotama was studying literature in Delhi’s Lady Shri Ram College when she actively started doing theatre. Mira Nair’s 2001 movie Monsoon Wedding marked her acting debut, in which she was cast as the house help named Alice. The shoot location of Mira Nair’s wedding drama was Delhi.

In her Instagram post, Tillotama revealed that after having featured in Monsoon Wedding, she had landed in Mumbai with her first ever photoshoot as her portfolio, which she must have sent across for role auditions. Tillotama Shome added that people failed to identify the one in the photo as Alice from Monsoon Wedding: “PS – I came with prints of this photo and two other to Bombay. They could not place Alice from Monsoon Wedding and this girl. ‘It was confusing’. So I left Bombay and went off to study and came back when folks were a bit less confused.”

Monsoon Wedding marked Tillotama Shome’s debut as an actress. She’s best known for starring in critically acclaimed films such as Shadows of Time, Tasher Desh, A Death in the Gunj and Children of War. Tillotama Shome won the Filmfare Award for Best Actress in 2018 for the film Sir, in which too she portrayed the role of a house help. She was last seen in a brief role in 2020 movie Angrezi Medium.

Mini Mathur Was A “Backbencher In A Class Of Future Doctors”. Can You Spot Her?

Tecno Pop 5P smartphone has launched as the latest offering by the company. It is up for grabs in Nigeria on the...
Read more

Tecno Pop 5P smartphone has launched as the latest offering by the company. It is up for grabs in Nigeria on the...
Read more