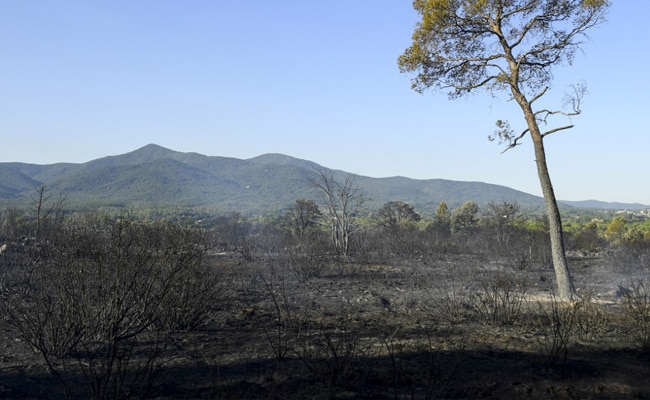 Thousands of people have been evacuated as a wildfire raged in Southern France.

Thousands of people, including tourists in campsites, have been evacuated as a wildfire raged near the plush resort of Saint-Tropez in southern France, the fire service said Tuesday.

Around 750 firefighters and water-dropping aircraft were battling the blaze in difficult conditions, with high temperatures and strong winds.

“Thousands of people have been evacuated as a precautionary measure, but there are no victims,” a fire service spokeswoman said, adding that the blaze was “still very fierce”.

France is just the latest of a number of Mediterranean countries to be hit by extreme weather and wildfires, which climate scientists warn will become increasingly common because of man-made global warming.

The quickly spreading fire, which broke out Monday about 100 kilometres (60 miles) from the Mediterranean city Toulon, has already covered more than 3,500 hectares of forest and scrubland as of Tuesday morning, according to the fire department.

Evacuations have mainly taken place around Saint-Tropez and the villages of Le Mole and Grimaud, according to the fire department spokeswoman.

The Var prefecture confirmed that several campsites were evacuated and asked people to avoid congesting the roads around the Gulf of Saint-Tropez so that the emergency services can access the area.

Wildfires have already flared this summer around the Mediterranean basin, including in Greece, Turkey, Spain, Portugal, Algeria and Morocco.

<!-- -->Sabina Nessa's body was found in southeast London on September 18. (File)London: A 36-year-old man was to appear in court in Britain...
Read more
World

Sunrisers Hyderabad's big-hitting opener David Warner, who has been dropped from the playing XI because of poor form, has said that he won't...
Read more
Load more