US Evacuated 1,24,000 From Afghanistan. It Doesn’t Know Many Of Them 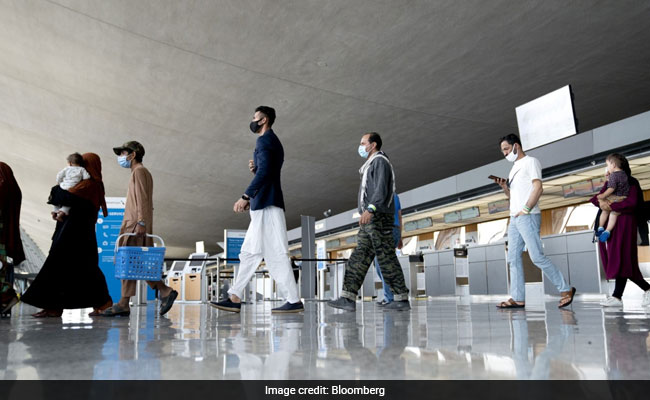 Defense Department said people arriving at bases in Europe have been flagged so far as a possible threat.

Days after the Biden administration finished evacuating about 124,000 people from Afghanistan, it’s coming to grips with the reality that it doesn’t know who many of those people are.

What’s emerging, according to government officials and advocates, is that a small percentage of the Afghan citizens who got out are the ones the U.S. pledged to place at the top of its priority list: the thousands who had worked for the U.S. and its allies as well as employees of nongovernmental groups and media organizations.

Instead, initial findings suggest that while some who escaped were locally employed staff, many got out because they were part of the initial crush of people who made it to Kabul’s airport as the city fell to the Taliban or secured passage through airport gates thanks to luck or help from people in the U.S. or elsewhere.

The U.S. is looking into reports that older men may have been admitted along with young girls they claimed as “brides” or otherwise sexually abused, according to an official who discussed the concern on condition of anonymity. That issue was reported earlier Friday by the Associated Press.

In fact, many of the Afghans who were most vulnerable to the Taliban — applicants for the Special Immigrant Visa program intended for translators and others who aided the American war effort — didn’t make it out because the U.S. told them going to the airport would be too dangerous. And they never got a call to come before the last U.S. plane departed to meet President Joe Biden’s Aug. 31 departure deadline.

Those findings are provoking new anger from advocates who had taken Biden at his word when he said the U.S. would stay until Americans and the Afghans who worked for the U.S. over the course of the 20-year war were able to escape. Instead, thousands of people who wanted to leave through the SIV program were left behind.

“These are the people who followed rule of law, they were waiting for the State Department to evacuate them, and that was another promise that was broken,” said James Miervaldis, of No One Left Behind, a nonprofit organization that helps with resettlement. “The numbers are very concerning.”

Defense Secretary Lloyd Austin said this week that the SIV program was “designed to be a slow process.” He said “we need a different type of capability” for a mass evacuation.

General Glen VanHerck, the head of U.S. Northern Command, told reporters Friday that the “vast majority” of people processed by the U.S. weren’t applicants for the visas.

In a briefing Friday, Secretary of State Antony Blinken said 70 to 80% of the people who were airlifted out of Afghanistan were Afghans at risk, including a “significant number” of SIV applicants. But he said the administration was still figuring out who they were.

That’s also created headaches for officials who have said that many of the Afghans who are showing up have few identifying documents. The Defense Department said on Thursday that only one of the people arriving at bases in Europe has been flagged so far as a possible threat.

Looking ahead, Blinken said it’s “hard to see” that the Taliban will get any relief from crippling sanctions if they backtrack on commitments to let people who want to leave Afghanistan do so.

What’s clear as the U.S. and its allies take stock after the evacuation is that the administration was faced with a chaotic situation with few good options, exacerbated by panic caused when the Taliban surprised the world with the swiftness of their takeover in August. Instead, the U.S. and other nations put a priority on evacuating their own citizens and the staff locally employed by their embassies.

“Given the situation the government was confronted with when the Taliban took over, it is no mean feat that well over 100,000 people have been airlifted from the airport in Kabul,” said Eric Schwartz, the president of Refugees International. “In terms of what they did when the fat hit the fire I’m inclined to give the administration a pass, but in terms of the planning around the withdrawal — it’s just hard to make the case that the planning was done well.”

Now a vexing question remains: What will happen to those Afghans who fail the vetting process? Putting them back on a plane to Afghanistan is an unlikely solution, but the administration won’t say.

That’s become a problem for the Department of Homeland Security to handle.

“We do have a plan, but again, these aren’t always plans that we can detail publicly,” State Department spokesman Ned Price said at a briefing Thursday. He said the U.S. was looking “to expedite these security checks consistent with the rigor with which they need to be conducted.”