Veteran Actress Surekha Sikri Dies Of Cardiac Arrest At 75, Was “Surrounded By Family” 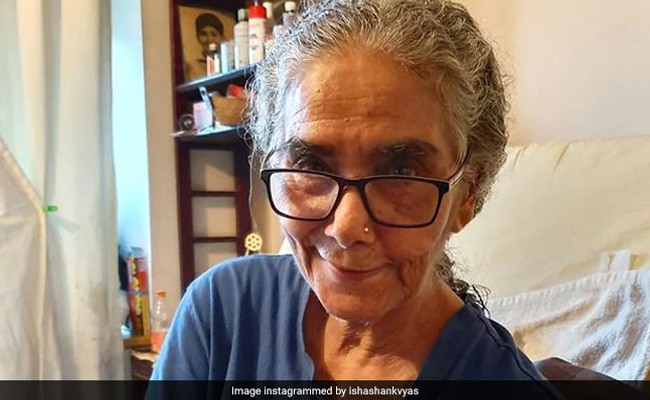 National Award-winning actress Surekha Sikri died on Friday morning due to cardiac arrest. She was 75. A statement shared by the late actress’ agent revealed that Surekha Sikri was battling complications induced by a second brain stroke: “Three-time National Award winning actress, Surekha Sikri has passed away following a cardiac arrest earlier this morning at the age of 75. She had been suffering from complications arising from a second brain stroke,” the actor’s agent Vivek Sidhwani said, reported news agency PTI. Surekha Sikri had suffered a brain stroke in 2019, which she revealed in an interview in September, saying she was waiting to fully recover before returning to work.

In the statement, Surekha Sikri’s agent added: “She was surrounded by family and her caregivers. The family asks for privacy at this time,” he added.

In an interview with Hindustan Times in 2019, after her National Award win for Badhaai Ho, Surekha Sikri opened up about her health condition and said: “I had a brain stroke ten months ago and I have been recovering since then. I fell down and hit my head in the bathroom while shooting in Mahableshwar. I have not been able to work due to my illness. The doctors say that I will be alright soon.”

Surekha Sikri was best known for her portrayal of the strict daadi in the TV show Balika Vadhu. In Bollywood, she featured in small but significant roles in critically acclaimed films such as Zubeidaa, Mr. and Mrs. Iyer and Raincoat. In TV, featured in shows such as Ek Tha Raja Ek Thi Rani, Pardes Mein Hai Mera Dil, Maa Exchange, Saat Phere and of course Balika Vadhu.

<!-- -->The notice asks members to wear only approved undergarments. (Representational)Amid the COVID-19 pandemic, it is natural for people to be more aware...
Read more
Top Stories