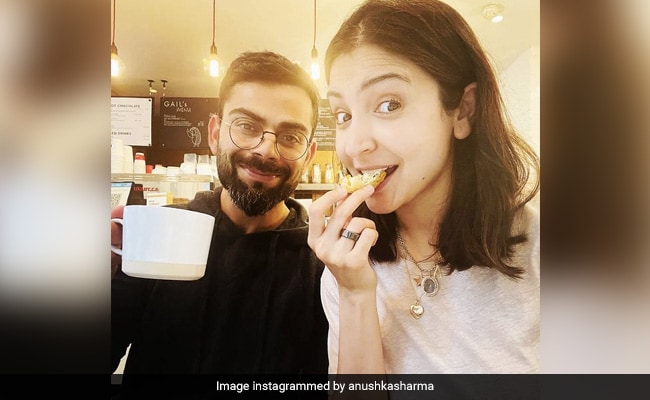 The fairytale love story of Virat Kohli and Anushka Sharma began in 2013, when the two stars met for a commercial shoot for a shampoo brand. Virat Kohli, in a recent interview with fellow cricketer Dinesh Karthik, opened up about the first time he met Anushka Sharma and revealed what really got them talking. The 32-year-old cricketer said that him joking around with Anushka turned out to be the connecting point for them: “I joke around with everyone. I started joking around with her as well. She said, ‘It was the first time I saw someone around me joking about the things I have experienced as a child.’ So, that really connected,” Virat Kohli told Dinesh Karthik.

What a week it has been! ✨
Spoke to the superstar of world cricket about fatherhood, his love life, spirituality, social media, leadership and ofcourse Team INDIA ❤️
Coming soon! 🎥#ENGvIND@imVkohli@SkyCricketpic.twitter.com/U0iNQYntzD

Earlier in 2019, speaking on the talk show In Depth With Graham Bensinger,Virat Kohli had opened up about his first meeting with Anushka. Virat said he resorted to cracking jokes as he was “nervous”: “The first time I met her, I cracked a joke immediately because I was very nervous. I cracked a joke because I didn’t know what to do.”

“I said something which wasn’t probably the right thing to say,” Virat explained in the interview. Here’s what he had told Anushka on the sets of the commercial: “Didn’t you get a higher pair of heels?” Recalling the encounter, Virat added: “Then she was like ‘excuse me’ and then I was like ‘no, I am just joking’. My joke became such a weird moment. I was such a fool, to be honest but she was so confident.”

Virat Kohli and Anushka Sharma made their relationship official in 2014. However, rumours of a split appeared to be confirmed when Virat Kohli posted a selfie, captioned: “Heartbroken.” He later deleted and reposted the photo. Subsequent social media posts revealed that the couple were back together – Virat and Anushka had a destination wedding in Italy’s Tuscany in December 2017.

<!-- -->Chandigarh: Amarinder Singh declared himself "anguished at (the) political events of (the) last five months" in a letter to Congress chief Sonia...
Read more
Top Stories