Nachos have become a popular snack across the world. There are multiple nacho flavours and textures to choose from, and several different dips that nachos can be paired with. Just open a bag of nachos and the possibilities are endless! But can you imagine a packet of nachos fetching you Rs. 44 lakhs? Thirteen-year-old Rylee Stuart from Gold Coast, Australia, was surprised to find a puffy nacho in her regular bag of Cheese-flavoured Doritos. She uploaded a video of the bizarre chip on social media, and it soon went viral garnering over 2 million views.

Rylee was surprised to see several social media users suggesting her to put the chip on auction online. She then listed the puffy nacho on eBay, with the heading ‘puffy dorito one of a kind!’ under the seller name ‘kalia2403’. In just 8 hours, the unique chip has received extremely high bids of AUD 80,100 or INR 44 lakh approximately. Believe it or not, the bids are increasing every minute! 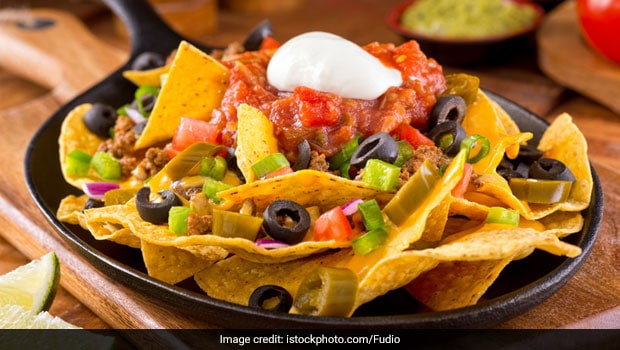 Nacho is a popular Mexican snack which is a hit across the world.

Stuart revealed that she was about to eat the chip, when something told her to save it. “I was about to eat it, and I thought I better save it for later,” Rylee told 9News. The girl was shocked to first see the bids cross AUD 10,000 for a packet that had costed her just 3 Australian dollars.

Interestingly, this is not the only food-related online bid to have taken place in recent times. A McDonald’s chicken nugget which was part of the BTS meal was auctioned off for Rs. 73 lakhs recently. The reason for its high price was that it was shaped just like a character from the popular game ‘Among Us’.

So, the next time you come across such a unique food item in your regular order, consider saving it! Who knows, you may hit a jackpot online?

About Aditi AhujaAditi loves talking to and meeting like-minded foodies (especially the kind who like veg momos). Plus points if you get her bad jokes and sitcom references, or if you recommend a new place to eat at.

Vidya Balan Enjoys An Instagram-Worthy Burger And So Should You; See Pics

Vidya Balan is known for taking landmark roles that focus on a more realistic portrayal of women in movies. She just gave a...
Read more
Health & Fitness

No matter what time of the day it is, one of the questions that always stand on our heads every day is "what...
Read more
Health & Fitness

5 Restaurants In Mumbai That Are Bollywood Favourites

We all love to go eat outside! There is something joyful about eating delicious food in a pleasant ambience with the people you...
Read more