Watch: “Range Of Emotions” In Indian Dressing Room After Thrilling Win Against England At Lord’s 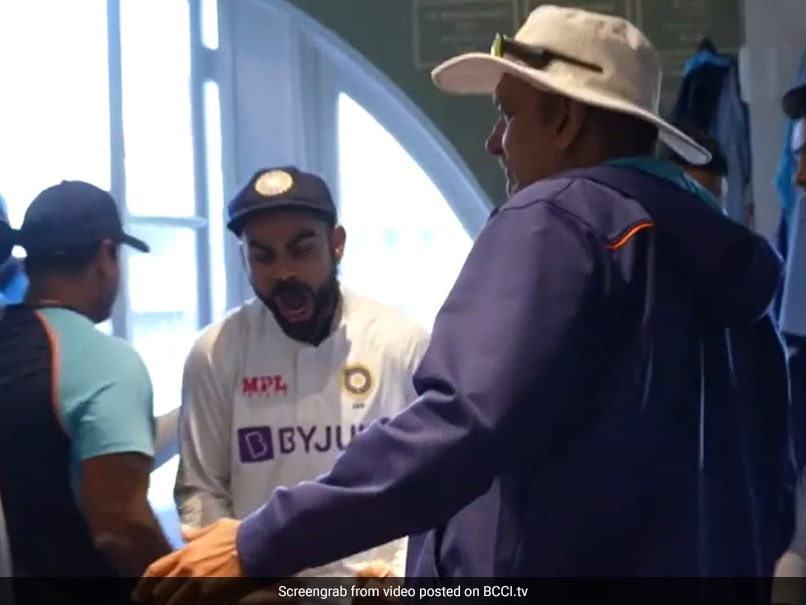 Virat Kohli was overjoyed after a thrilling win at Lord’s against England.© BCCI.tv

India pulled off a thrilling win against England on the final day of the second Test match at the iconic Lord’s cricket ground on Monday. Mohammed Siraj was the pick of the Indian bowlers, taking four wickets to help the visitors bowl out England for 120 as India registered a thumping 151-run win to go 1-0 up in the five-match Test series with three games to play. The Board of Control for Cricket in India (BCCI) took to Twitter on Tuesday to share a video from the Lord’s dressing room, revealing the “range of emotions” that the players went through after the nail-biting contest.

“Reliving Lord’s triumph from the dressing room. The range of emotions, the reactions & the aura in the #TeamIndia dressing room post the historic win at the @HomeOfCricket,” the BCCI tweeted.

The range of emotions, the reactions & the aura in the #TeamIndia dressing room post the historic win at the @HomeOfCricket. – by @RajalArora

In the video, India captain Virat Kohli can be seen celebrating the win with a loud roar inside the dressing room.

Rohit Sharma, while describing the win, said that it wasn’t about one or two individuals but all the 11 players stepped up when it mattered and delivered for the team.

On Monday, India started Day 5 at 181 for six with England in a commanding position. The hosts tightened their grip further as Rishabh Pant edged one to the wicketkeeper off Ollie Robinson in the third over of the day. Robinson struck again soon to send back Ishant Sharma for 16.

India were staring down the barrel but Jasprit Bumrah and Mohammed Shami had other ideas as they put on an unbeaten 89-run stand to pull the visitors out of danger.

Bumrah and Shami’s heroics with the bat gave India the momentum and the bowling unit carried it into the final innings of the Test to bundle out England for a paltry total of 120 runs.

Both teams will now travel to Leeds for the third Test match that starts on August 25.

IPL 2021: Rishabh Pant will look to give DC a winning start in the UAE leg of the competition.© InstagramDelhi Capitals have been...
Read more
Sports

How Foundation’s New Emperor Cleon Clones — Dawn, Day, and Dusk — Came to Be

Foundation, the Apple TV+ series that begins September 24, makes a lot of changes to Isaac Asimov's books that it adapts. Among those...
Read more
Load more