Yorkshire’s Great Gesture To Not Run Out Lancashire Batsman Who Collapsed Mid-Pitch With Injury. Watch 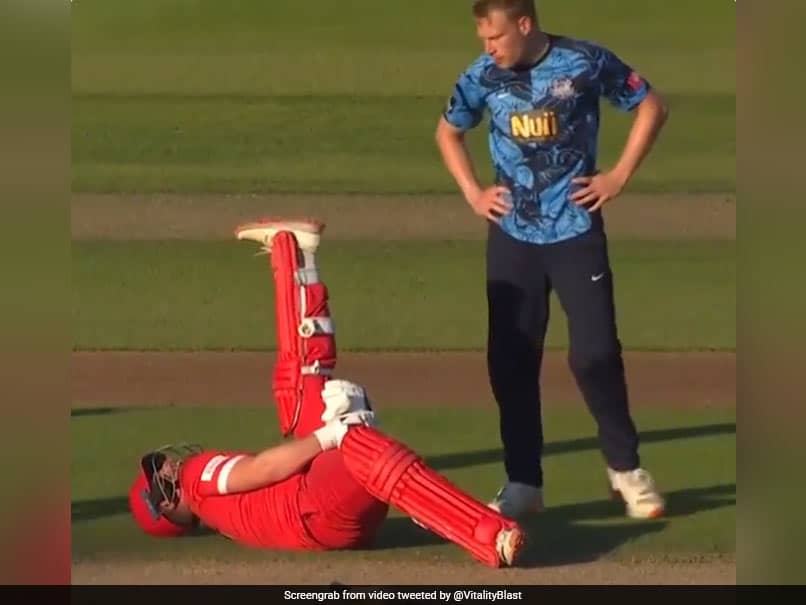 Lancashire’s Steven Croft fell to the ground while attempting to comple a run in a T20 Blast match.© T20 Blast/Twitter


Joe Root and his teammates at Yorkshire received applause from the Old Trafford crowd on Saturday when they decided to not run out Lancashire’s Steven Croft when the latter went down with an injury while completing a run during a T20 Blast match. Croft’s teammate Luke Wells hit a delivery to mid-off and set off for a run. While Wells was able to make his ground at the non-striker’s end, Croft collapsed mid-pitch with what seemed like a hamstring injury. Yorkshire wicket-keeper Harry Duke gathered the ball at the striker’s end but did not run Croft out.

What would you have done?

Croft goes down injured mid run and @YorkshireCCC decide not to run him out#Blast21 pic.twitter.com/v1JHVGLn1T

“Yorkshire were well within their rights to remove the bails, it has to be said,” said one of the commentators on air at the time.

However, the players gathered around Croft even as Wells tried to help out his teammate before physios took over.

The gesture aside, there wasn’t much to celebrate for Yorkshire as not only were they restricted to 128 for 7 batting first but Lancashire also got to the target with an over to spare.

With this win, Lancashire made the quarter-finals of the competition, joining their opponents in the last eight.

Wells went on to top score for Lancashire with 30 off 37 balls while Croft remained unbeaten on 26 off 29 balls to see Lancashire through in a low-scoring contest.

Luke Wood picked up 4 for 20 for Lancashire while Root top-scored for his team with 32 from No.3.

The quarter-finals of the competition will be played from August 24 to 27 after The Hundred concludes.