“You Stood Still And Silent”. How Malala Faced Taliban Bullets 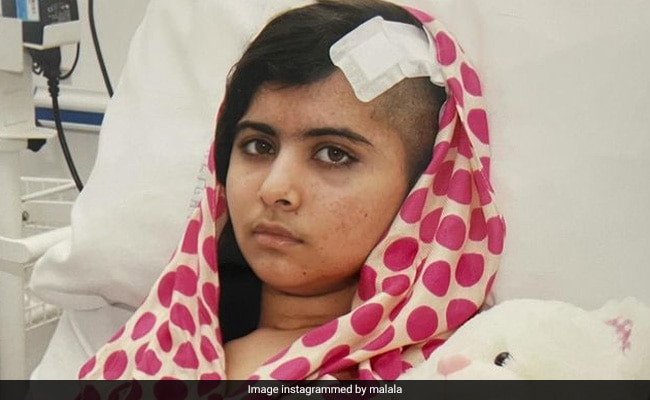 Malala in hospital in 2012, after she was shot by the Taliban in Pakistan.

Nine years after she was shot by the Taliban, Nobel Peace Prize winner Malala Yousafzai watched in horror as the terrorist group seized power in Afghanistan. “I watched as province after province fell to men with guns, loaded with bullets like the one that shot me,” the 24-year-old said in a post published on Podium, once again emphasising on the need to draw global attention to the plight of civilians in the country.

In 2012, Malala was shot in the head by Taliban terrorists in Pakistan for her campaign for the education of girls. “In October 2012, a member of the Pakistani Taliban boarded my school bus and shot one bullet into my left temple. The bullet grazed my left eye, skull and brain – lacerating my facial nerve, shattering my eardrum and breaking my jaw joints,” she recalled in her post. 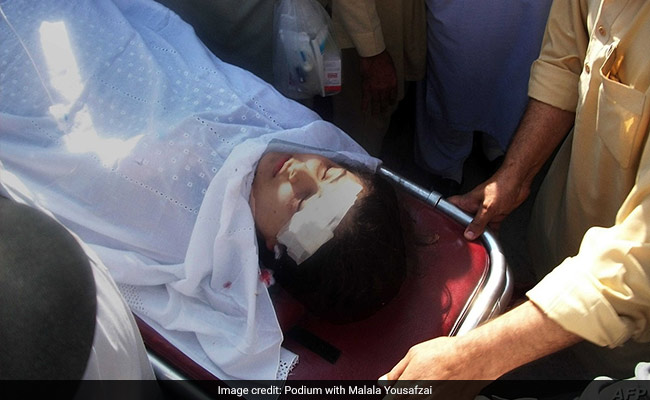 Malala was shot in the head by Taliban terrorists in 2012.

The rights activist described the aftermath of the incident – although her own memories of the day she was shot are non-existent. In her post, she spoke about the scars – both physical and emotional – that she and her friends who witnessed the shooting still carry. “On my back, I still carry the scar where doctors removed the bullet from my body,” she wrote.

“Did I scream? Did I try to run away?” she asked her friend.

“No,” her friend responded. “You stood still and silent, staring into the face of the Talib as he called out your name. You held my hand so tightly that I felt the pain for days.”

After the shooting, emergency surgeons in Peshawar removed her left temporal skull bone to create space for her brain to swell. Their quick action saved her life, but soon her organs began to fail. She was airlifted first to the capital of Islamabad and then to the UK for further treatment.

“When I opened my eyes, I was relieved to realise I was alive. But I didn’t know where I was or why I was surrounded by strangers speaking English,” Malala recalled.

She started writing things down in a notebook to communicate with hospital staff as she battled severe head pain and blurry vision. When she asked a nurse for a mirror, Malala could only recognise half her face – the other half had no movement at all.

“Half of my hair had been shaved off. I thought the Taliban had done this to me too, but the nurse said the doctors shaved it for surgery,” she said.

When she touched her abdomen, Malala felt something hard and stiff. She was told that when surgeons in Pakistan removed part of her skull bone, they relocated it to her stomach and that one day, she would have another surgery to put it back.

Doctors in the UK eventually decided to fit a titanium plate where her skull bone had been in order to reduce the risk of infection. Today, the skull bone fragment sits on Malala’s bookshelf. 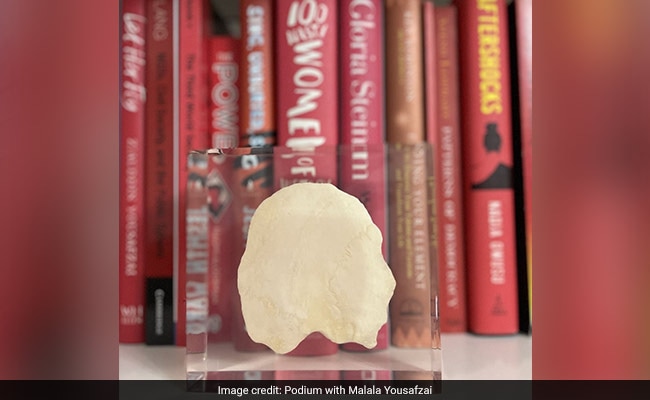 In her piece, Malala opened up about the long process of recovery, revealing that US troops withdrew from Afghanistan two weeks ago, she was undergoing her sixth surgery “to repair the Taliban’s damage to my body”.

“On August 9 in Boston, I woke up at 5:00 am to go to the hospital for my latest surgery and saw the news that the Taliban had taken Kunduz, the first major city to fall in Afghanistan,” she wrote.

Over the next few days, Malala wrote letters to heads of state around the world, made several phone calls and spoke with women’s rights activists still in Afghanistan. She was able to help many of them get to a safe place. “But I know we can’t save everyone,” she said, adding that her heart went out to those who will not receive any help in the crisis. “My heart breaks for those whose names we will forget or never even know, whose cries for help will go unanswered,” she said. 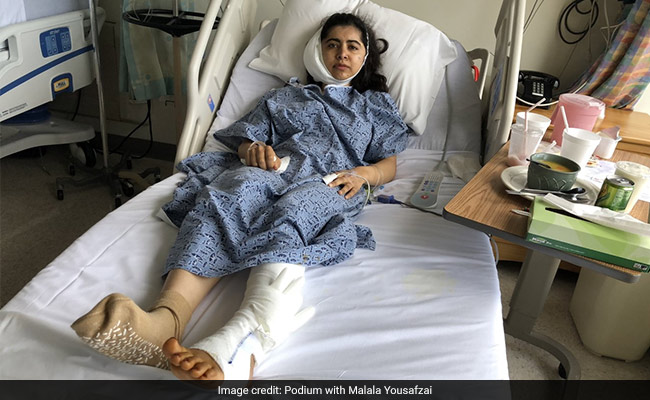 Malala after a surgery in 2018

Malala also acknowledged the huge role that media attention played in her case. “When the Taliban shot me, journalists in Pakistan and a few international media outlets already knew my name,” she said, pointing out that her case could have played out very differently without the support she received from people across the world.

“Without the crowds of people holding ‘I am Malala’ signs, without thousands of letters and offers of support, prayers and news stories, I might not have received medical care,” she said.

“Nine years later, I am still recovering from just one bullet. The people of Afghanistan have taken millions of bullets over the last four decades,” Malala added.

Under the hardline version of sharia law that the Taliban imposed when they controlled Afghanistan in the 1990s, women and girls were mostly denied education and employment, reports news agency AFP. Just last week, Malala had expressed concerns about the safety of women, minorities and human rights advocates under the Taliban.